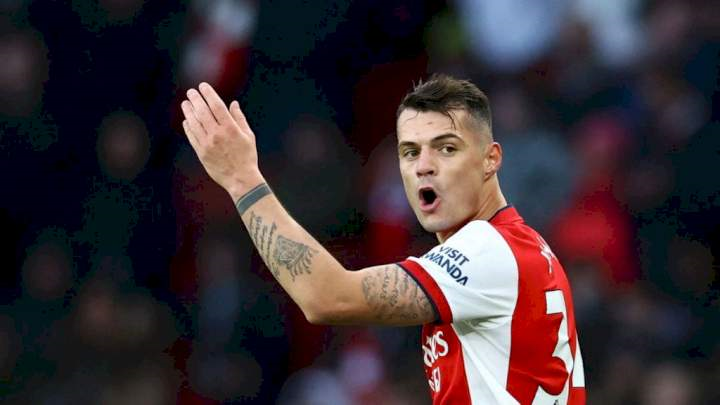 We don’t deserve to play Champions League, stay at home, was former Arsenal Captain Granit Xhaka’s response to the defeat to Newcastle.

The midfielder hit out at his team-mates after their 2-0 defeat at Newcastle United on Monday night which saw the Gunners’ hopes of UCL qualification for next season taken out of their hands.

Initially; prior to the match, the team stood one game behind in 5th place but defeat to Newcastle now sees Mikel Arteta’s men cement their place in fifth place with 2 points below rivals Tottenham Hotspur when they stood a chance to move 1 point ahead with a victory against Newcastle.

Xhaka, speaking after the match, claimed his team mates didn’t obey instructions and hence don’t even deserve to play in Europe at all.

“If you’re 18 or 35 and not ready (to play) just stay at home. Sorry to the fans,” the former Captain said in an emotional interview.

Arsenal of course still stand a chance at top 4 but it all depends on Norwich City doing the gunners a favor on final match day, as long as they also do themselves the favor of beating Everton on final day.

A lot of twists and turns await on final match day though as Everton will look to be escaping the relegation zone themselves, whereas Norwich City will rather be playing for fun as they are already relegated.