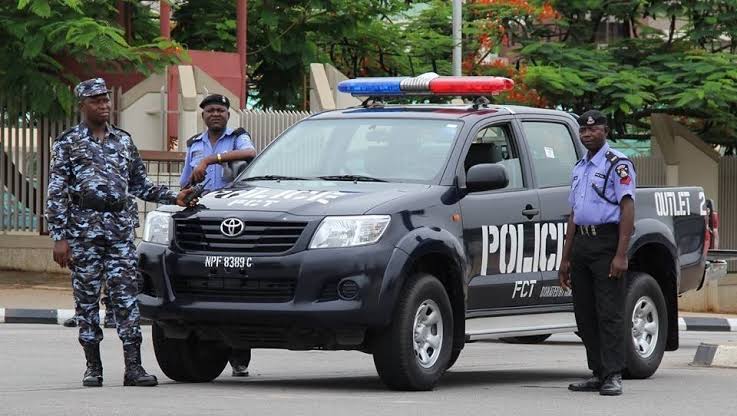 Some unknown armed men have reportedly killed an officer of the Nigeria Police Force in Enugu State.

TopNaija reports that an unknown gunmen appeared along Umanu junction in Nsukka on Friday, June 17 around 6:20 am and opened fire on the police officers who were actively on duty on the route.

As a result, the officers engaged with the assailants with a gun battle.

However, it was learnt that the terrorists burnt a police vehicle along the Ibeagwa-Ani road.

Residents who confirmed the incident to newsmen said they heard sporadic shooting on the route and afterwards, they rushed to the junction of which they found the lifeless policeman on the ground.

The Police Public Relations Officer for the Enugu State Police command, Daniel Ndukwe has confirmed the incident. He said: “There was an attack on operatives in Nsukka today but the details are still sketchy”.

Meanwhile, the quick intervention on police operatives saved the life of a 53-year-old woman from being burnt to death.

The Police operatives from Olasan Division, Mushin rescued a 53 years old woman from being lynched by an angry mob over baby theft in Lagos.

A statement by the spokesperson of Lagos State Police Command Benjamin Hundeyin on Twitter revealed that the woman (name withheld) was stripped naked, stoned and almost burnt to death by some angry mob after she touched a baby and made the baby disappear.