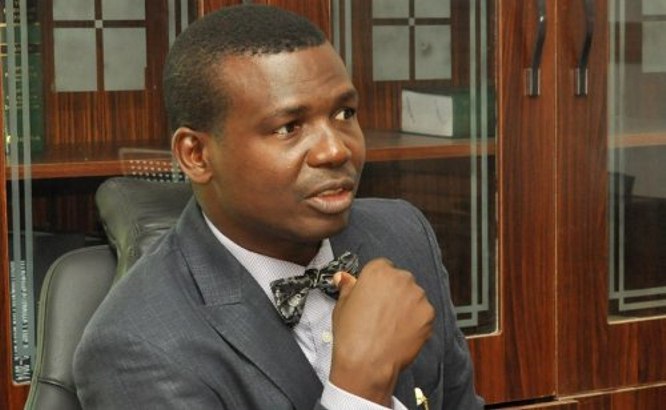 Ebun-Olu Adegboruwa (SAN), a member of the Lagos panel set up to investigate the 2020 EndSARS Lekki toll massacre, has said panel members are being unfairly persecuted after submission of report.

Adegboruwa disclosed in a statement on Thursday titled, ‘EndSARS Panel Members Are Being Unfairly Persecuted’.

He said that the members of the Lagos State Judicial Panel of Inquiry on Restitution for Victims of SARS Related Abuses and other matters, of which he is one, have become subjects of vicious attacks by those suspected to be agents of the government after submission of panel report to the Lagos State Government.

The submitted report had noted that at least nine persons were confirmed dead at the Lekki toll plaza when soldiers stormed the tollgate to disperse EndSARS protesters on October 20, 2020.

The 309-page report stated, “The atrocious maiming and killing of unarmed, helpless and unresisting protesters while sitting on the floor and waving their Nigerian flags and while singing the National Anthem can be equated to a massacre in context.”

Lagos State Governor, Babajide Sanwo-Olu, who received the report on Monday, constituted a Committee to bring forward a White Paper within the next two weeks to be considered by the Lagos State Executive Council.

The report had sparked public outraged aimed at the government over its consistent claim that there was no “massacre” at the toll gate while panel members have been commended for retaining their integrity despite intimidations.

In his statement, Adegboruwa said, “Since the submission of the EndSARS Panel Report to the Governor of Lagos State on November 15, 2021, members of the Panel have become subject of vicious attacks by those suspected to be agents of the government.

“All manner of allegations have been heaped upon Panel Members, some of who have been called unprintable names.

“I can confirm that no Member of the Panel lobbied to be appointed into the Panel. As a matter fact in my own case, His Excellency, the Governor of Lagos State, appealed to me to accept my appointment, which I saw as a call to national service. The primary reason the Governor gave to me then was that he wanted men and women of integrity, independent and not subject to manipulation, to be on the Panel.

“Just today, my attention has been drawn to an interview by a Senior Counsel to the Lagos State Government, to the effect that Panel Members collected bribe in the course of the assignment. It is unfair, ungodly and least expected of the government and its lawyers.

“I have in my custody, certified true copies of ALL proceedings of the Panel and all exhibits tendered before the Panel in respect of the Lekki Toll Gate Investigation. I urge the government to call its agents and lawyers to order so as not to provoke aggravated responses.

“It is unfair to seek to denigrate peoples’ hard-earned reputation on account only that they accepted to render selfless service at the behest of government. If the government and its agents are not restrained from attacking others, nothing stops us from defending our integrity.

“I should not become a victim of unwarranted attack just because I accepted to serve the government and the outcome of that assignment did not favour the expectations of the government. Suffice it to mention that I worked with men and women of unblemished integrity and I’m proud to be associated with them all.

“I, therefore, appeal to His Excellency the Governor of Lagos State to call all agents of State to order and to keep to his promise to us to release a White Paper within two weeks and to send the unedited report of the Panel, to the National Economic Council.”

Related Topics:#EndSARS Report
Up Next

Put Nigeria back on religious violator list- US commission