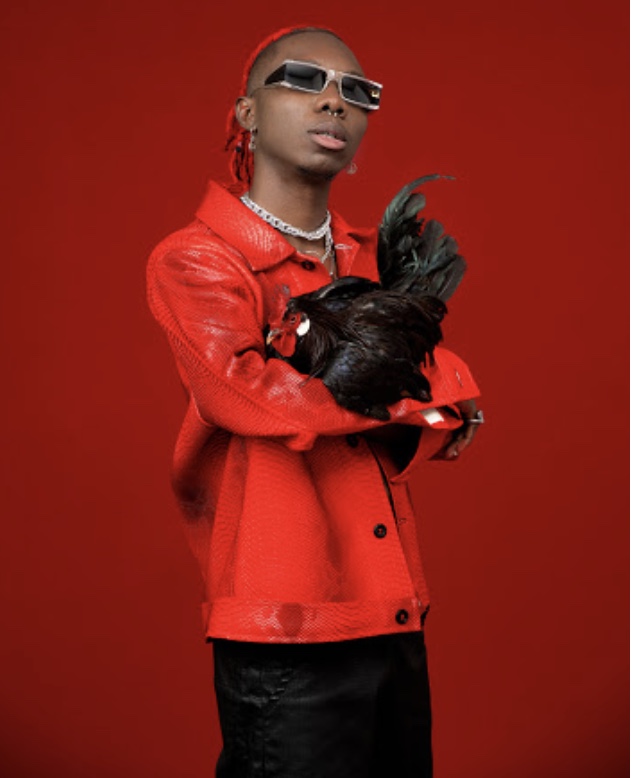 All you need to know about Emeka Akumefule popularly know as Blackbonez Let’s take a look at his Biography, Nationality, Career, Age, Net worth, Family

Emeka Akumefule, known professionally as Blaqbonez, is a Nigerian rapper signed to 100 Crowns, which is an imprint of Chocolate City. In 2019, he was profiled by The New York Times as one of the new guards of Nigerian music.
EARLY LIFE
Emeka Akumuefula popularly known as Blaqbonez   was born on the 29th of January 1996, to an Igbo family and grew up, exposed to the Yoruba and Urhobo culture in Nigeria.

His musical journey began when He was 13 years old  and discovered that he discovered he could rap very well and his journey into music was a result of coincidence and incidence. He discovered his talent while listening to the radio with his male cousin and the song of a 12-year-old rapper was being played. His cousin liked the song and challenged young Blaqbonez to come up with his own lyrics, since he liked criticizing rappers a lot.  Minutes later, he had enough bars for a verse, and that was where it all began for his music career.

His parents were not in support of his newfound hobby like most Nigerian parents, so he was forced to secretly pursue his passion.

He dropped his first project, Hip-Hop in Blaq While in school, and participated in competitions of which he won a lot of them.
EDUCATION
He holds a degree in Engineering from the prestigious Obafemi Awolowo University, Ife.
CAREER
He started exploring his rap skills very early,  at 16 years, he  came 1st out of over 3000 rappers in Nigeria, who participated in the Terry tha Rapman’s  Zombie competition.

As a result of that, he was featured on Terry’s album World Domination alongside notable and top Nigerian musicians like Olamide, Vector the rapper, Mode 9, Spellz which was released in 2012.

Five years after that, he featured Terry on one of his projects. He subsequently emerged 1st runner-up in Vector the rapper’s king Kong competition.

He proceeded to win the Rhythm fm Freestyle Fury and became RhythmFm’s artiste of the month, he also became the Hennessy Vs class captain, and part of the Sound city blast cypher, also released his much talked about mixtape CTAT “Cassette Tapes and TVs” grossing over 60,000 engagements in streams and downloads, which is his third mix tape, following the hip-hop in blaq and the “unfinished EP”.

In an interview with The Punch newspaper, he said that his declaration of “Best Rapper in Africa” was a response to a diss track and the need to wake up other rappers in Nigeria.

The Guardian Newspaper recently described him as one ‘carrying the torch of Nigerian rap and on the 2nd of January 2019, he was listed by the same publication as one of the “Top 10 Artists to watch in 2019”.Blaqbonez has released 8 EPs and a mixtape.

His latest single is titled haba, it is a song causing a lot of controversy in the Nigerian music industry as it depicts him harassed by a woman with bad sexual intentions and good looks. No doubt, that he will be one of the top music voices in the country in the days to come. He has already garnered the love of female fans who are becoming obsessed over it and his handsomeness.
FAMILY
The rapper took to his Twitter page to share the screenshot of the message from his father.

He also claimed that when he was through with his university education, he had visited his dad in Lagos for help. He added that his father ignored him.

“My dad that ran to another country when i was born, didn’t ever see him till i was a teenager is talking to me about disrespect. when I finished uni and came to Lagos i asked for his help, man left me on read. Fast forward 2 years of not talking he sends this. Life,” he wrote.

The gifted rapper, however, went further to say that following his growing fame, his dad sent him a message, referring to him as “disrespectful” — for not “recognizing” him as his father.

“Last Christmas he didn’t feel disrespected that we didn’t talk Christmas/ new year, but now I’m good he popping up talking about disrespect. Smh,” he added.

PERSONAL LIFE
Blaqbonez is widely known for his controversial self-proclaimed status as the “best rapper in Africa”, which became one of the most talked about topic in the Nigerian hip hop space in 2019.

Blaqbonez rants to people being the best rapper, this didn’t go down well with his fellow rapper in the industry like Vector, Vader and even Chocolate City frontline, MI Abaga.

It spanked a controversy as to who was actually the best rapper in africa, with Blaqbonez, Vector And Davole all releasing a diss track at each other and thus generated a social buzz which lingered for long.
ACHIEVEMENT
Blaqbonez has released numerous hit singles and albums. He has released up to 8 EPs also. Below of some of Blaqbonez songs

— All I Ever Wanted

— Green Blaq Green
NET WORTH
Blaqbonez is one of the most fast-rising artiste in Nigeria hence he’s been able to accumulate wealth through the numerous deals he has managed to secure. He’s currently worth $70,000.