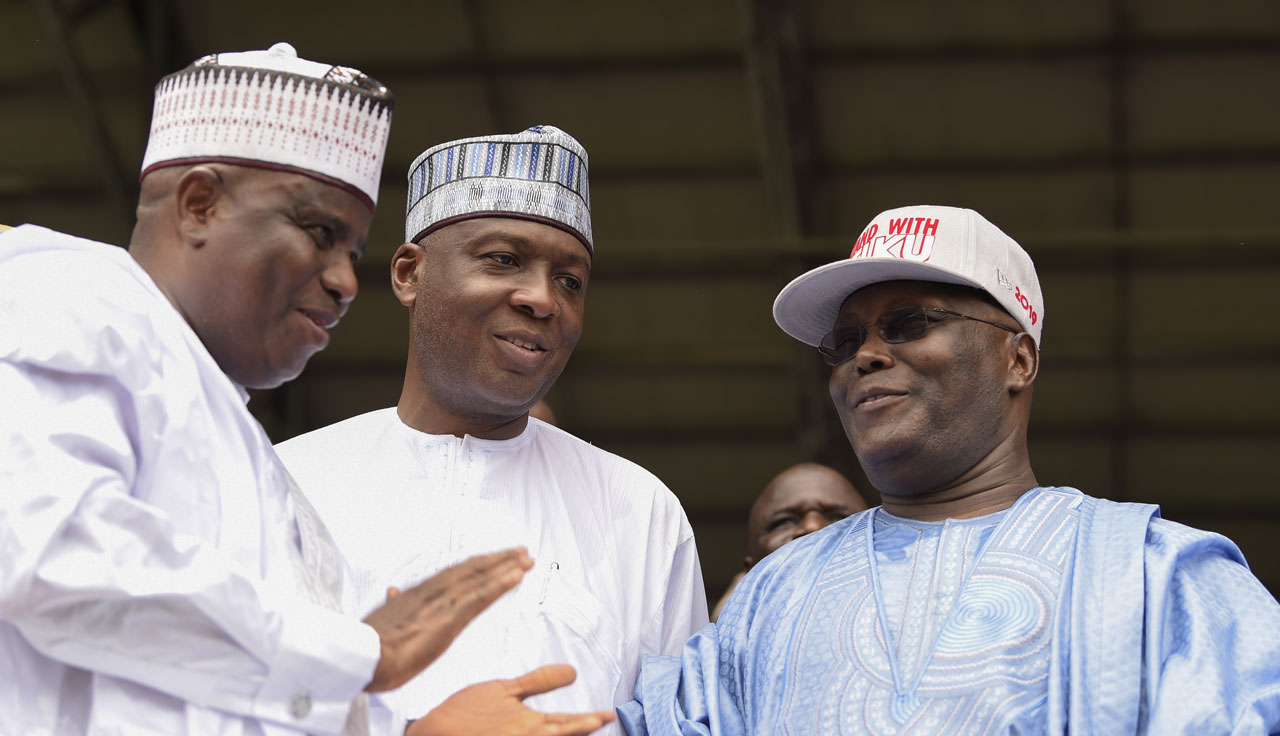 The governor of Oyo, Seyi Makinde has revealed that former Vice-President Atiku Abubakar and Aminu Tambuwal, governor of Sokoto, have indicated an interest in contesting in the 2023 presidential election.

Tambuwal is a member of the People’s Democratic Party and served as the 10th Speaker of the House of Representatives of Nigeria, also representing the Tambuwal/Kebbe Federal Constituency of Sokoto State as an honorable.

Over the past weeks, there have been speculations on who will become president in 2023, especially with the issues raised by politicians on zoning.

Speaking on Thursday during an interview on Channels Television, Makinde said the Peoples Democratic Party (PDP) has “eminently qualified” personalities that can lead the country successfully.

The governor said the only way of stopping the PDP in 2023 is by dividing the party, adding that the governors elected on the platform of the party understand the need for unity ahead of next general election.

“I make bold to say that the situation in this country today, the only way that you can stop PDP at the federal level is by dividing PDP internally,” the Oyo governor said.

“All the governors of the PDP are well aware of this fact and we made unity within ourselves our number one priority. Once the governors of PDP are able to move in one direction, align on most of the issues and the challenges we are faced with, I think there is hope for this country.

“The issue right now is that our party — PDP — has eminently qualified personalities that can lead this country successfully. Some have indicated interest like former Vice-President Atiku Abubakar, like governor Tambuwal, like governor Bala Mohammed.

“They have indicated interest. But the bottom line is when we get to that bridge, we will definitely cross it. What is important at this stage, which I will solicit the support of PDP members and the generality of Nigerians, is please support us to have a successful national convention

“There is no way you can become anything — president, vice-president, even governor — if we don’t have a party. What we want to do first is ensure that we get things right within our party.”

Asked if he thinks the PDP will take over power from the APC in 2023, he said: “Well, it is a question that I know Nigerians will answer and they will answer decisively.”

Meanwhile, APC chieftain, Tinubu has gone on to play an important role in the Buhari administration, supporting government policies and holding onto the internal party reins, in lieu of his long-held rumored presidential aspiration. In 2019, he supported Buhari’s re-election campaign defeating the PDP candidate Atiku Abubakar. In 2020, following an internal party crisis which led to the removal of Tinubu ally and party chairman Adams Oshiomole, it is believed the move was to scuttle Tinubu’s presidential prospects ahead of 2023