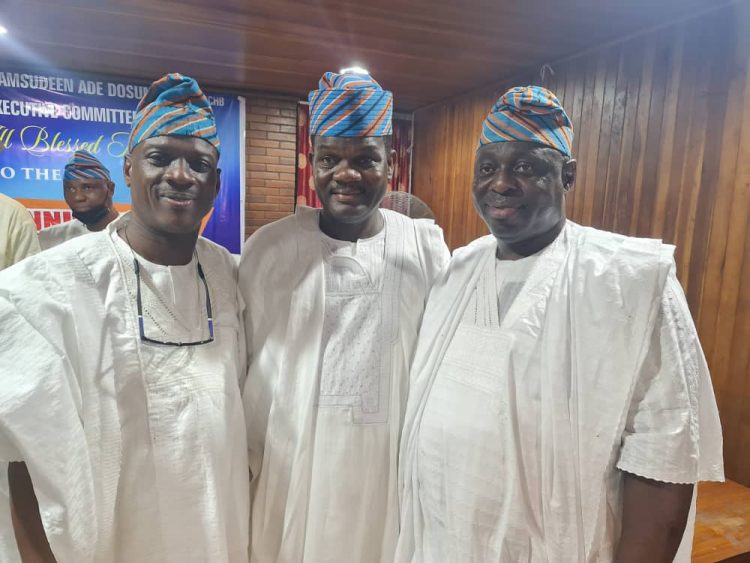 Tajudeen Jaiyeola Agoro, a newly sworn-in President of Eko Club, has promised to uphold the constitution of the club, sustain and consolidate on the improvement of facilities at the club while appealing for tolerance and civility on the part of the members, TopNaia reports.

Tajudeen Jaiyeola Agoro made this known during the swearing-in ceremony held to usher him in as the 21st President of the club.

The event was held on Sunday, during the Annual General Meeting of the club. The event also witnessed the swearing-in of the Vice President; Alhaji Razak Olugbenga Amodu (CHB).

Agoro said the primary objective of establishing the socio-cultural organization by the founding fathers in 1974 was to protect and promote the interest of its members in all spheres of life to make where necessary, a useful contribution to the development of Lagos State and Nigeria.

He reiterated what his administration would continue to do for the group and paid tributes to the founding fathers of the club.

He urged all blessed members to be civil in their activities, tolerant with a large heart of forgiveness. He also respectfully challenged members of the Board of Trustees of the club to rise and take up their statutory functions as stated in the constitution of the club, given the crisis rocking the club.

On behalf of his administration, he promised to uphold the constitution of the club, guide jealously the norms and traditions and customs as laid down by the founding fathers of the club and also sustain and consolidate on the improvement on facilities of the club, as already done by the former president, Dr. Ade Dosunmu, with great caution on the finances of the club.

He, therefore, enjoined members to continue to show their support to the leadership to bring more positive development to the club.

The President thanked the erstwhile President; Dr. Ade Dosunmu and past leaders for their positive contribution towards the progress of the club.

Present at the event held at the club in Surulere Lagos were the Trustees, members of the Guardian Council, past President, Elders, and members of the club, all in their large numbers.