Ekiti 2022: Who Shall We Send?
Advertisement 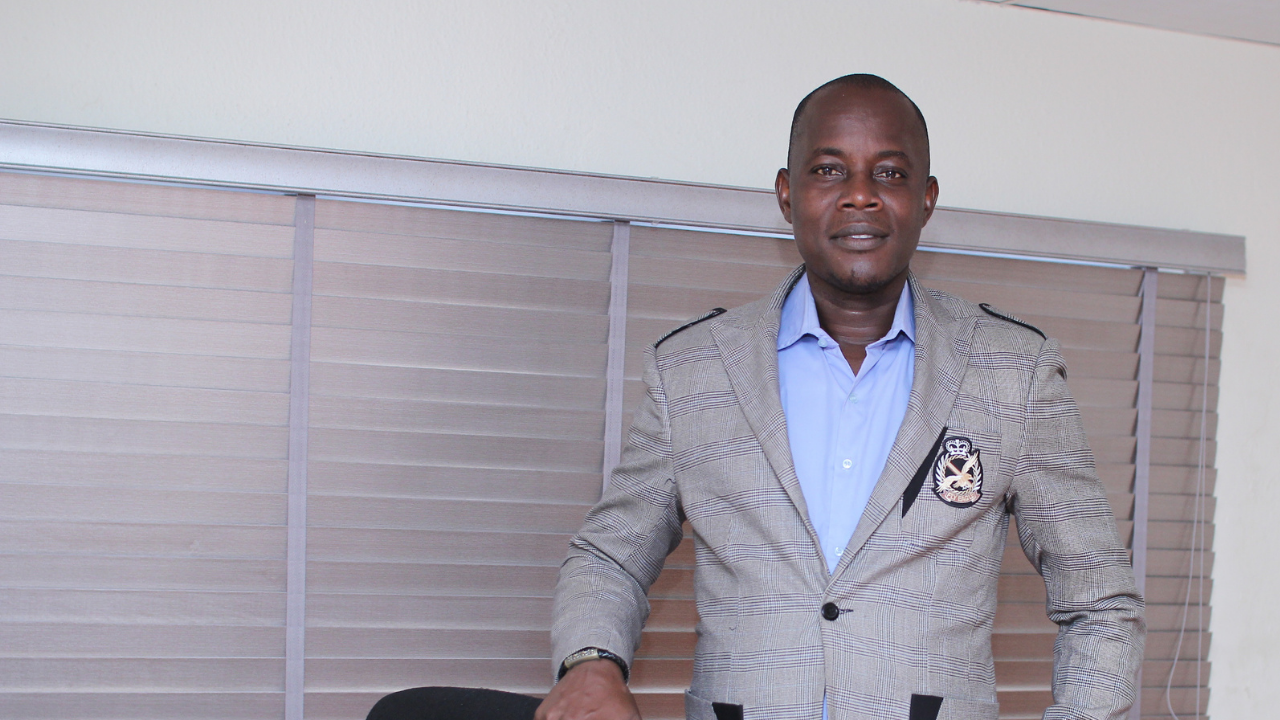 The question begging for an answer remains WHY IS EKITI DEVELOPING AT A SLOW PACE despite the quantum of human and material resources available to it?

This question must be the focus of Ekiti electorates as we progress into the 2022 governorship race. We must act in a way to justify the efforts of our patriarchs that gave all to achieve the creation of our beloved state. Today’s concern is not wholly about the past but a call for genuine focus on the bright future that we desire.

Leadership is key to the development of any nation and community. Should we say Ekiti has never been too lucky in this aspect? Or is there an aspect of our life, as a people, that has made it difficult for our leaders to deliver optimally? Is our model of politics causing injuries to good governance in Ekiti? No blame game is intended but we must be honest to ourselves that something needs to give way if we must experience true progress in Ekiti. For me, I believe the change must start with our leadership selection process. Ekiti needs a leader who do not simply express the passion for development but who also understands the long-term planning requirements involved. A leader who can orchestrate real transformation by vantage position of his knowledge, experience and exposure to local and international best practices. A leader who understands the functioning of a modern economy in our rapidly changing world. A leader who can combine good knowledge of how to create opportunities with a first-hand experience in talent management and resource mobilization.

If we must jubilate again the way we did on October 1, 1996 when our State was created by the General Sani Abacha’s government, we must use the window of opportunity that the 2022 governorship election opens to us to effect a change by electing a QUALIFIED and SUITABLE person to lead the process for achieving a stable and steady transformation that our State requires urgently.

The time has come for us to stop lamenting when we have solutions at our beck and call!  Or should we allow our future and those of our children, born and unborn, be mortgaged for no reason? Or should the youth continue to allow politicians use them as political tools and later be dumped? If Ekiti is truly a Fountain of Knowledge, the time has come for us to implement the knowledge.

Now, a good number of Ekiti citizens have indicated their intentions to lead Ekiti come 2022. We expect to see more in the coming months. Amongst them are the regular contenders and a few are new breeds. One of them who has clearly become the aspirant to watch out for is Kayode Adaramodu, also known as Odundun. He stands out! As agreed in many circles, Odundun is the new face of Ekiti politics. A man born and bred in Ilawe-Ekiti 50 years ago, has demonstrated clear vision and preparedness for this job going by his career trajectory and political choices over the years.

I have taken time to study his profile and his records of achievements to come to a conclusion that this man is the FULL PACKAGE that Ekiti needs in 2022. A time spent with him is a time well-spent. His ideas are simple and he presents them in the most logical and simplistic manner to demonstrate how prepared he is for the job.

He started his working career using computers to solve human problems as a Software Engineer. He helped JKK, his employer,  to implement a payroll application package for the Lagos State Ministry of Finance at Alausa in Lagos before joining Guaranty Trust Bank Plc (GTBank). Within 7 years, he rose to the position of Regional Manager supervising the bank’s operations in Abuja and Northern Nigeria. As a planner, who knew what he would love to do after banking, he decided to resign from the bank to pursue further studies to help him achieve his post-banking career goal in the public service. It is amazing to know that his essay that was built around Grassroots Development Strategy using Ekiti as a case study was what earned him the award of the prestigious British Chevening Scholarship that took him to the Institute for Development Policy and Management of the University of Manchester in 2005 for a Masters in International Development with specialization in Public Policy and Management.

He returned to Nigeria and was re-employed by  GTBank to head its newly created Department for Strategy and Business Process Re-engineering where his experience in process automation and management, research and knowledge of policy analysis were deployed in helping the bank to articulate its strategy for growth and competition across its operating locations in Nigeria and overseas subsidiaries. He used this period to extend his tentacles to Ekiti politics by assisting the aspiration of Engr Segun Oni to become the governor of Ekiti State in 2007. He played a central role in the compilation of the enlarged Transition Committees but decided not to take up an appointment from the government. According to him, he believed it was not yet time for him to do so.

Kayode became the GM/DMD of the subsidiary of GTBANK in Sierra Leone where he helped the bank achieve its 5-year Strategic goals ahead of time. Within 3 years, the bank doubled its financial performance, both in balance sheet and profitability. He supervised the expansion project that led to the doubling of the branch network within the same period and the bank was awarded the Financial Institution of the Year 2010 in Sierra Leone.

In pursuit of his interest in public service, Kayode took the first practical and bold step to participate in the political process when he resigned from the bank to contest the Ekiti South senatorial ticket in 2011. His colourful campaign and messages still resonate across the 64 wards of Ekiti South where he personally visited during the period.

While his successful banking career may look as a sufficient experience to take into the governorship election, Kayode’s post-banking engagements are further attestations to his vision and attributes as a highly focused and determined individual. In his work as a Consultant to the UK Department for International Development (DFID), he was involved in policy projects that are key and central to the success of government at all levels. Between 2011 and 2015, he assisted the DFID implement its cardinal projects in Nigeria in key areas of Public Debt Management Strategy, Annual Monitoring and Evaluation of MDG Projects, Private Sector Development Strategy as well as Strategy for Improving Internally Generated Revenue. All of these works were done for the six South West States of Nigeria and Kwara.

In his quest to gain practical exposure to the standard frameworks for public service delivery, Kayode joined the UK Civil Service in 2016 where he worked as an Economic Adviser at the Office for National Statistics. As a member of the Economic Statistics Change and Support Team, he helped in delivering improvements in the way in which the UK Financial Accounts were produced and delivered to meet the needs of the key stakeholders in the UK, Europe and the rest of the world. He analysed financial data from the Bank of England and provided relevant reports that policy-makers use in monitoring the UK economy. He received awards for his unique perspectives on economic and process issues. His excellent multi-tasking and project management abilities were equally acknowledged and rewarded.

Kayode is not known to jump ship, he is a stickler to what he believes in. He joined politics as a member of the PDP in 2006 and has remained a member since then. He has a high reputation for identifying and nurturing talents, with a long list of beneficiaries in Ekiti. He’s the Promoter of Ojoko Football Club, the first football club in Ekiti to participate in International football tournaments hosted outside Nigeria, with players now plying their trade abroad. The National Union of Local Government Employees in Ekiti, the NTA and many other clubs and associations have presented awards to him in appreciation of his contributions to Social and Youth Development in Ekiti.

To me, a successful governor needs more than basic educational qualifications or political experience. He has to demonstrate capacity to make quality decisions and provide leadership. He must be someone with the right knowledge and exposure to modern tools for resource mobilization and optimization and not the type whose main agenda in government is to allocate revenue that they do not generate. Our new leader must be grounded in people management. Kayode has demonstrated all of these and many more in the private sector as well as in the public sector arena. He is a man who understands the workings of the international development community, he can speak their language and he has all it takes to earn their trust and respect. What further makes Kayode unique is his deep knowledge of the Ekiti socio-political environment and his uncommon native intelligence. He clearly understands the ideas that can work and those ones that will not readily fit into the governance setting in Ekiti.

Ekitis, both home and abroad, I implore you to make your independent findings about this man. I am happy that all of us that did the same have made up our minds to support him for the 2022 governorship race for the sake of a secured future for us and  our children.

Kayode Adaramodu, a man who has embraced humility as his own form of pride, is my choice in 2022 irrespective of his party. As the Odundun Youths Vanguard in Ekiti says, “wherever he goes, we follow”!