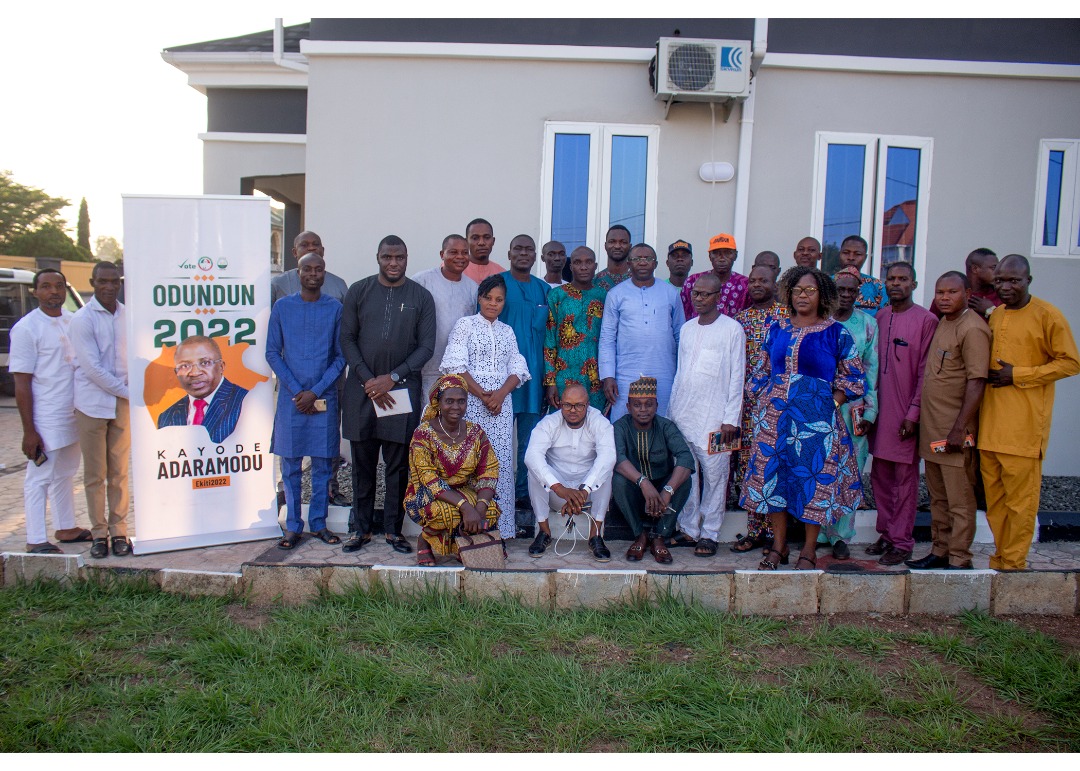 Ekiti State governorship aspirant on the platform of the Peoples Democratic Party, PDP, Mr. Kayode Adaramodu, has announced the appointment of Hon. Toba Adaramola as the Director-General of his campaign organization.

Adaramodu unveiled names of a few members of his campaign council at a meeting with his Local Government Coordinators in Ado Ekiti on Sunday. Other members of the council present at the meeting were: Chief Johnson Adekunle, the Sapetu of Agbado Ekiti, who is now the Director of Contacts and Mobilization, Pastor Biyi Fashoyin a seasoned media expert becomes the Director of Communications; while the Director of Finance is a businessman and former banker, Otunba Olumide Adekunbi. Prince Tosin Jegede, a Public Relations and IT professional who served in the Engineer Segun Oni’s administration as Deputy Chief of Staff is now the spokesperson for the campaign.

The aspirant, Kayode Adaramodu, challenged Hon. Toba Adaramola to bring to bear his political sagacity and grassroots connections garnered over the years as Chairman of Irepodun/Irepodun local government (when he doubled as ALGON Chairman in Ekiti State) on his strategies and outcomes.

According to Adaramodu, “I am careful in selecting my team. We are assembling sons and daughters of Ekiti that share the vision to challenge the status quo of poverty, disconnect of government from the governed and promote accountability in government and impactful achievements over ostentations and rhetorics.”

He urged his coordinators to get back to their various local governments and mobilize supporters within the PDP towards his forthcoming visits.

He said, “we are coming to assess your readiness for the January 28 governorship primary. Our mission to rescue Ekiti and pilot its affairs towards a path of economic growth can only be achieved when we win and become the flag bearer of the PDP”. Director-General General in his remark assured the coordinators that the Kayode Adaramodu brand is marketable.

In his words, “our brand is the PRIDE of Ekiti PDP and the GLORY of Ekiti State”. He encouraged the coordinators never to in engage behavior that doesn’t represent the Adaramodu brand and our vision for a New Ekiti.