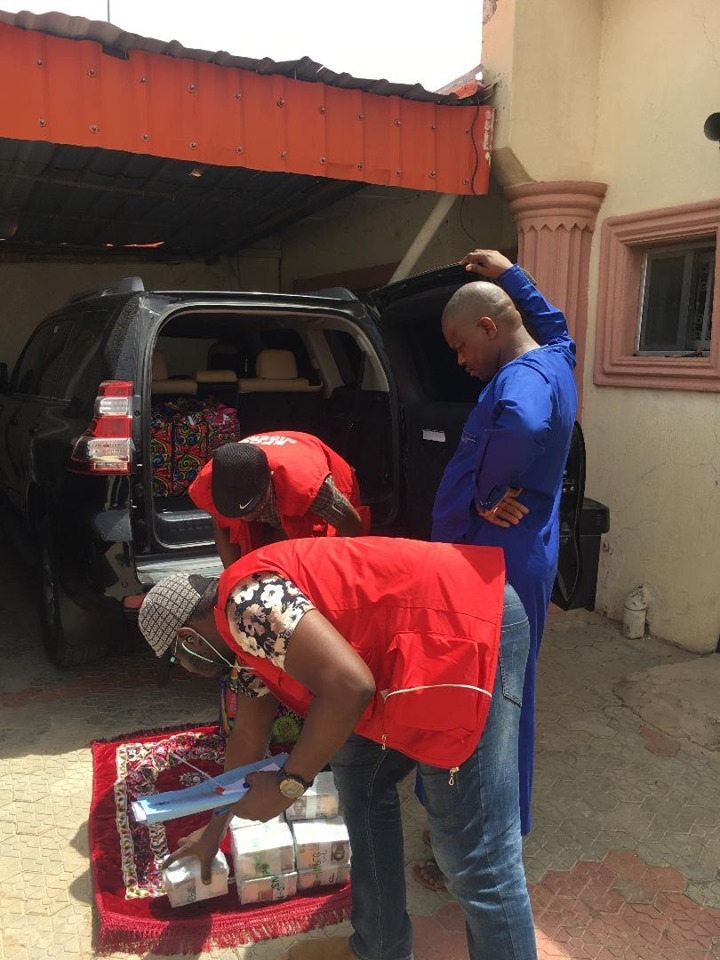 Nigeria’s Economic and Financial Crimes Commission (EFCC) on Tuesday arrested  Murtala Muhammad said to be the younger brother of Abdullahi Shinkafi, secretary to the Zamfara state government, with N60 million in the boot of his car.

The anti-graft agency disclosed that he was nabbed at 45 Igala housing estate, off byepass road, Gusau, Zamfara state by operatives of the commission.

“Items recovered from him at the point of arrest include one Black Toyota Land Cruiser Prado Jeep with registration number DKA 67 PX Kaduna loaded with 4 bags of ‘Ghana Must Go’ containing one thousand Naira notes of fifteen million naira each, totaling to sixty million naira,” the statement read.

“One single barrel gun, one locally made revolver pistol, 25 rounds of cartridges and 12 rounds of 12.9mm live ammunition.

‘He will be charged to court as soon as investigation is completed.”

Below are some of the pictures released by the agency:

Related Topics:Murtala Muhammad
Up Next