Pig donates kidney to human and it worked - US surgeons

"He removed his penis, told me to sit on it" Baba Ijesha lands in fresh trouble

One dead, others injured as building collapses in Lagos 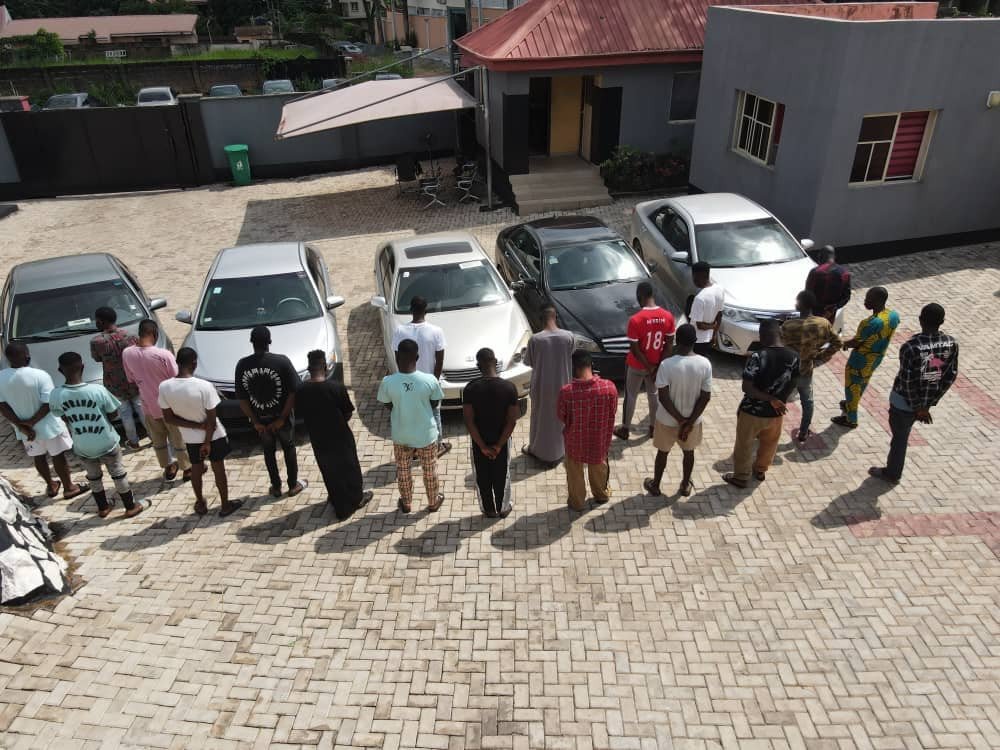 
The Economic and Financial Crimes Commission, EFCC, Ibadan Zonal Command, has arrested 22  “Yahoo Boys” during an operation at their hideout in Ogbomoso, Oyo State based on intelligence on their alleged criminal activities.

At the point of their arrest, five cars, several mobile phones, laptops and other incriminating documents were recovered from them.

The Commission said twenty of the 22 suspects have been indicted by investigation.

It added that they would be charged to court as soon as the investigation was concluded.

In recent years, efforts have been made by governments, internet companies, and individuals to combat scammers involved in advance-fee fraud and 419 scams. In 2004, the Nigerian government formed the Economic and Financial Crimes Commission (EFCC) to combat economic and financial crimes, such as advanced fee fraud.

Related Topics:EFCCInternet fraudsters
Up Next