E-Money surprises friends with luxury cars on his birthday
Advertisement 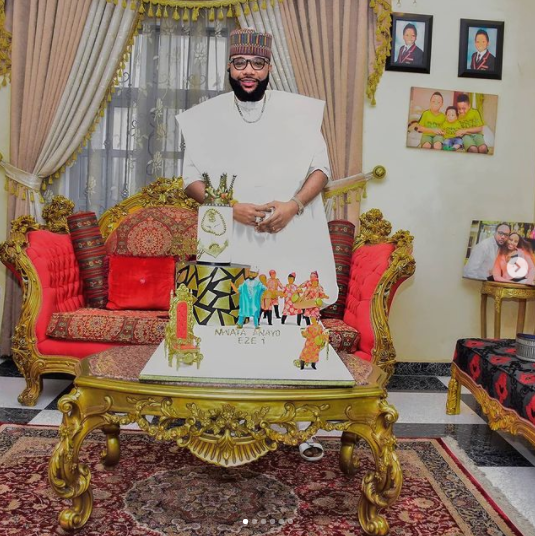 Popular Nigerian entrepreneur and record label owner, Emeka Okonkwo a.k.a E-Money who turned 40 on February 18 has gifted some of his friends with luxury cars.

His brother and singer, Kcee who presented the cars to those it were meant for, noted that his brother’s birthday is always symbolic with gifting of cars and other valuable items to worthy and deserving individuals.

As you all know every 18th of February is my brother E-money’s Birthday which is symbolic with gifting of cars and other valuable items to worthy and deserving individuals.

This is year is not an exception as I am handing over the cars and other gifts to the beneficiaries on behalf of my brother who is presently not in town.

Happy Birthday to the best brother anyone could have, I pray for more of God’s blessings over you! @iam_emoney1 HBD to you again.

E-money is a nickname of Emeka Okonkwo. He was born on February 18, 1981. He is only thirty-six which is pretty young for the success of that size. The nickname E-money came to him after he started throwing money and demonstrating what a luxurious life he had. Some other people even call him Arabic money for his extreme generosity. He has nothing to do with Nollywood, though he is in show business. We know he owns Five Star music which we will talk about later. He is the younger brother of a Nigerian celebrity we know as Kingsley Okonkwo (or Kcee as some people call him), who is a Nigerian singer and a performer.