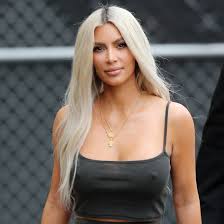 Kim Kardashian has been playing the 21st century version of mother Theresa lately. She has been on a mission to free Alice Marie Johnson, A 62-year-old grandmother who is currently serving a life sentence for her involvement in a cocaine ring … her first offense.

Kim has apparently set the ball rolling on the mission to free Alice Marie Johnson. The 62-year-old grandmother has expressed her “deep and heartfelt gratitude.”

According to a thank you note from Alice to Kim, Alice was floored when she found out Kardashian had enlisted high-powered lawyer Shawn Holley to help with her case. Johnson is

Alice wrote, “Ms. Kardashian you are literally helping to save my life and restore me to my family. I was drowning and you have thrown me a life jacket and given me hope.”

Johnson also believes Kim’s crusade will be a defining moment in history, and will show she was a “key figure in meaningful criminal justice reform becoming a reality.”

Kim’s not just focused on Johnson’s case either — she’s also involved in the effort to free Cyntoia Brown, a Tennessee woman who killed a man who was allegedly using her as a sex slave when she was 16.

Kardashian and Holley are continuing to communicate with Johnson, Brown and their lawyers in order to develop the best plan for clemency.

Jude Okoye Celebrates his daughter on her third birthday