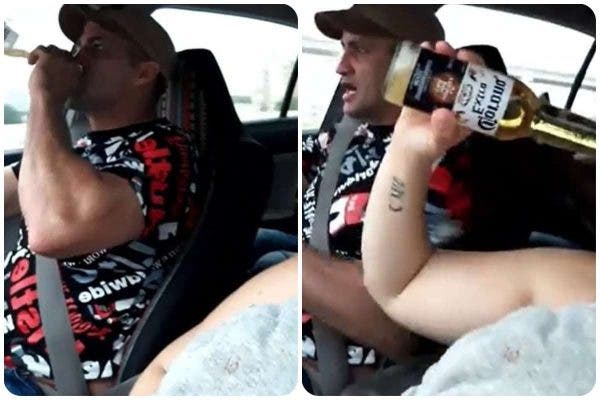 A man was captured on video drinking, driving, and bragging that he drives better when he takes alcohol, moments before he crashed his car, killing three people including his girlfriend.

47-year-old Camilo Morejon live-streamed the situation before the crash on his Facebook page, and he could be seen drinking from a bottle of what appears to be beer while bragging, ‘I drive better when I drink.’ His girlfriend is also seen drinking in the video.

Tragically, moments after the video ends, he crashed his car into a pickup truck killing his three other passengers and leaving the pickup driver fighting for his life.

The dead passengers have been identified as his girlfriend Leosveyka Gonzalez, Pedro Martinez, and Massel Rodriguez.

Harris County prosecutor, Sean Teare said the Facebook live video showed him being behind the wheel and drinking beer.

‘It’s very rare that we see actions of the defendant that close in time to a horrific crash like that but it’s what happens, it’s what goes on moments before lives are lost,’ Teare said.

‘We’ve had four crashes in 24 hours that will contribute to seven deaths possibly, all of which are going to be charged,’ Teare said.

Investigators say they are also looking at a number of bars that may have sold alcohol to Morejon to see if they might have possibly played a role in the crash.

Morejon is also currently in serious condition in the hospital along with the driver of the pickup, Ricardo Rodriguez-Tamayo. If convicted of the charges he faces, he could be jailed for up to 80 years according to Click2Houston.

How truck crashed into a school bus in Enugu state, many pupils killed