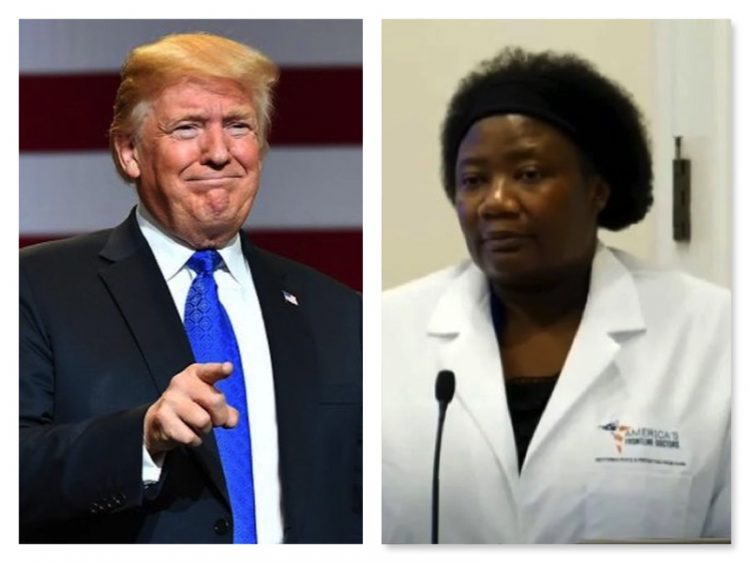 Dr. Stella Immanuel, the controversial woman who claimed Hydroxychloroquine is the potential cure for Coronavirus, has lamented that President Donald Trump is being given some experimental antibody, which she described as ‘stupidness.’

Following President Trump’s COVID-19 infection, she urged the president to immediately get on Hydroxychloroquine to get cured of Coronavirus.

Immanuel added that Trump originally advocated Hydroxychloroquine, saying his instincts had never been wrong. She said she had treated over 1,500 patients with the drug.

“President Trump, you originally advocated HCQ. Your instincts have never been wrong. Get on HCQ ASAP sir. Don’t let those bozo doctors around you that don’t see patients convince you otherwise. I have treated over 1500 patients. Please sir we need you well ASAP.

“Instead of giving the president of the United States a known safe drug. They gave him some experimental antibody stupidness.

“This is so dumb. Please potus family you guys wake up. Give him HCQ, Zpack & zinc asap,” she tweeted.

There was no hydroxychloroquine among the drugs.

Nigerians should build our railways, not Chinese – Duke

Chevron to fire 25% of Nigerian workers