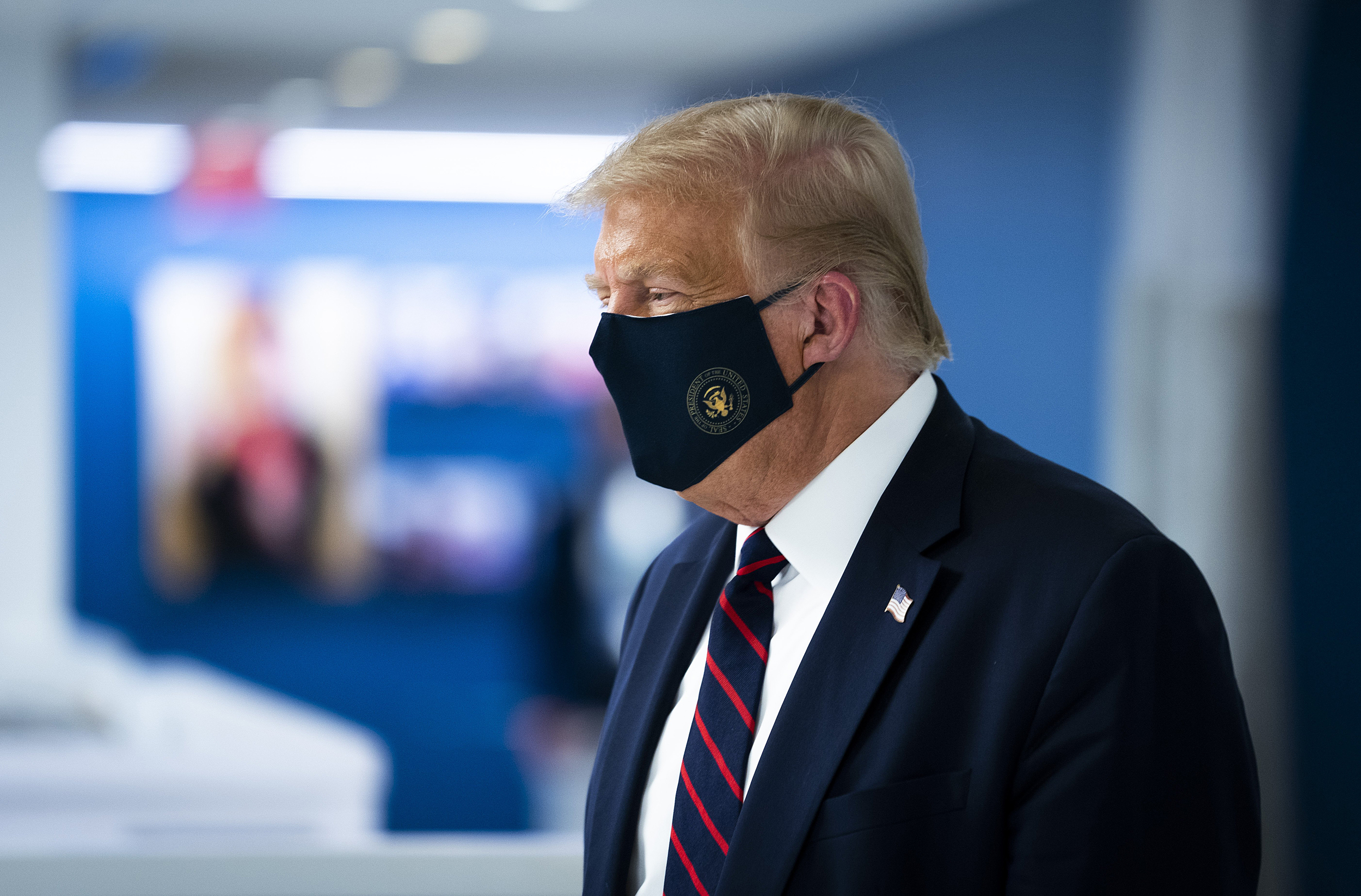 TopNaija recalls that the U.S President announced he tested positive on October 1, 2020.

This was confirmed by White House physician Sean Conley as the President is heading for a campaign rally in Florida.

“In response to your inquiry regarding the President’s most recent COVID-19 tests, I can share with you that he has tested NEGATIVE, on consecutive days, using the Abbott BinaxNOW antigen card” CNN reported.

Conley wrote in a memo, noting that those tests were taken “in context with additional clinical and laboratory data.”
Trump is “not infectious to others”.

His memo comes moments after the President was seen boarding Air Force One without a mask on his way to Sanford, Florida, where he will rally a large group of supporters, many of whom are not wearing masks.

Below is Sean P. Conley’s memo to the White House

Meanwhile, COVID-19 infections in America have crossed the eight million milestone, as the pandemic becomes the biggest issue weeks to 3 November election.

The number of fatalities has also reached 219,805.