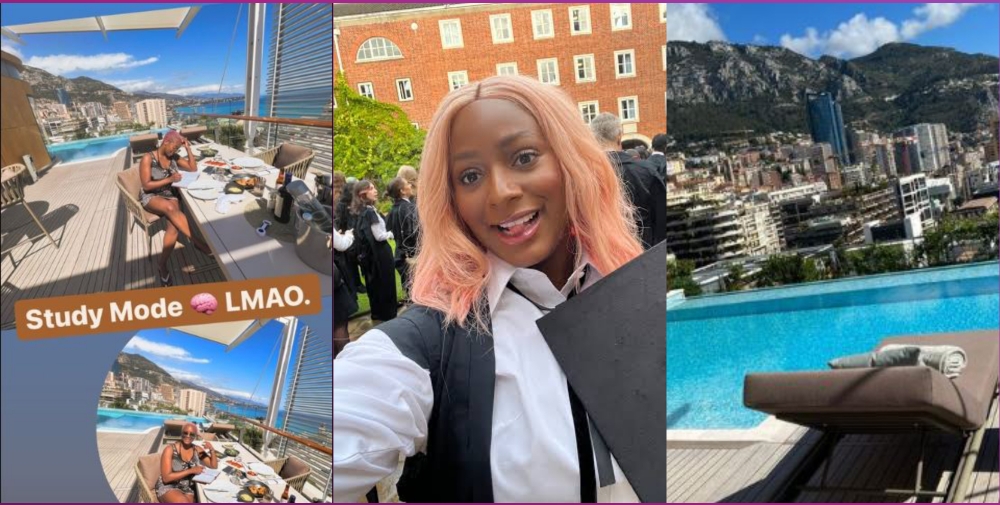 Popular Nigerian Disc Jockey and billionaire heiress, Florence Otedola AKA DJ Cuppy has given her fans and followers a glimpse of her father’s house in Monaco.

On Wednesday, May 11, the Oxford University student flew to the billionaires’ playground to write her Thesis, while asking permission from her father.

According to her, she told her father that her university Thesis would be better written at his house in Monaco, to which he granted her permission.

“I told @FemiOtedola that my Uni Thesis would be MUCH better-written at his house in Monaco. He agreed LMAO.” she penned

See photos of the beautiful house she shared

This is coming after DJ Cuppy expressed fears over her thesis in school.

Taking to her Instagram page, DJ Cuppy shared a picture of herself covered with a duvet to reveal how she feels about writing her thesis.

Lamenting her ordeal, DJ Cuppy said she had no idea what she signed up for enrolling at Oxford University.

In her words: Honestly, this is the way my thesis is making me feel right now. I had no idea what I signed up for enrolling at Oxford Unversity. Sorry But I am not that bitch who will just post happy graduation pictures at the end and act like I just breezed through. It’s hard work.

Mr. Ibu breaks silence on recovery from near death illness