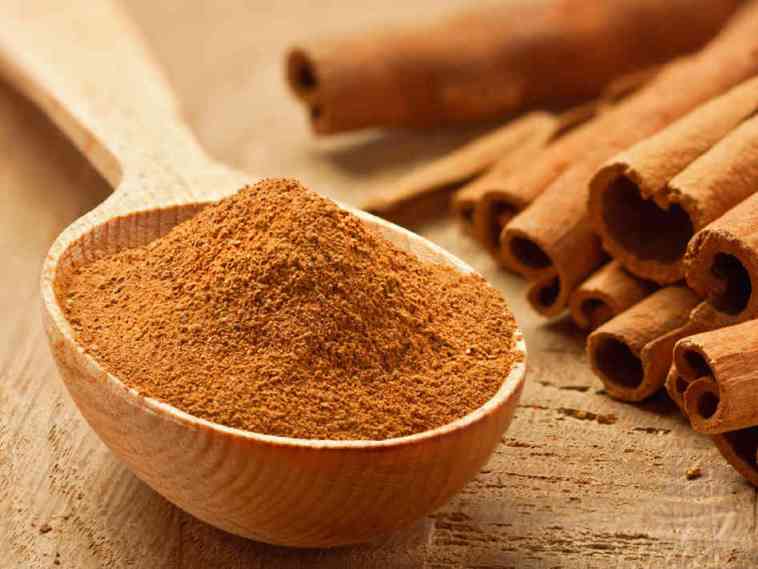 Eating the right and healthy foods can help control your blood sugar and prevent diabetes complications. Some of the foods that can help achieve this are listed below;

Cinnamon
Cinnamon is effective in reducing blood sugar and reducing the risk for developing type 2 diabetes. An analysis of several studies showed that both whole cinnamon and cinnamon extracts lower fasting blood glucose. After 40 days of taking various amount of cinnamon extract, diabetics experienced not only lower blood sugar spikes after eating, but major improvements in signs of heart health. And you can sprinkle cinnamon on just about anything.

Apples
In a Finnish study, men who ate the most apples and other foods high in quercetin had 20 percent less diabetes and heart disease deaths. Other good sources of quercetin are onions, tomatoes, leafy green vegetables, and berries.

Citrus Fruit
Studies show that people with diabetes tend to have lower levels of vitamin C in their bodies, so antioxidant-packed citrus fruit is a great snack choice. It may seem quicker to get your C from a pill, but since fruit is low in fat, high in fiber, and delivers lots of other healthy nutrients, it’s a better choice.

Mangos
Mangos may taste sugary sweet, but this delicious fruit may actually lower blood sugar according to research published in the journal Nutrition and Metabolic Insights. “Our results indicate that daily consumption of 10 grams of freeze-dried mango, which is equivalent to about one-half of a fresh mango (about 100 grams), may help lower blood sugar in obese individuals,” explained Edralin Lucas Ph.D., associate professor of nutritional sciences at Oklahoma State University, College of Human Sciences and lead study author.

Avocados
Avocados are full of monounsaturated fat, the kind that helps slow the release of sugars into the bloodstream, prompting less insulin release, and can even help to lower your cholesterol. Legumes
Legumes of all sorts chickpeas, cannelloni beans, kidney beans, and lentils are a great addition to soups, salads, and a variety of ethnic dishes. And this low-fat, low-calorie, high-fiber, high-protein food helps to reduce risk of diabetes and heart disease. The fiber slows the release of glucose into your bloodstream, which prevents the blood sugar spikes that worsen diabetes blood sugar control and make you feel hungry.

Eggs
A study published in 2008 in the International Journal of Obesity found overweight and obese people given two eggs a day for breakfast lost 65 percent more weight than those eating a similar breakfast without eggs. The researchers said eating eggs may control hunger by reducing the post-meal insulin response and control appetite by preventing large fluctuations in both glucose and insulin levels.

Nuts
Studies show that people who eat nuts regularly have lower rates of heart disease than people who don’t eat them. (People with diabetes are at increased risk of heart disease.) Even among the healthiest eaters, the ones who also eat nuts boast the best health record. Exactly why isn’t known yet, but one reason could be compounds called tocotrienols.

The key to eating nuts is not to eat too many; they’re so high in calories that you could easily see the aftermath pouring over your pants. Either measure 2 tablespoons of nuts, count how many it is, and limit yourself to that number, or keep a jar of chopped nuts on hand. Sprinkle 2 tablespoons a day on cereal, yogurt, veggies, salads, or wherever the flavor appeals to you.

Garlic has been used for years to lower cholesterol levels (and ward off those pesky vampires). But it also shows promise for lowering blood sugar. A study in rats and a study in rabbits showed that garlic extracts may lower blood sugar. Garlic extracts increased the amount of insulin available in people with diabetes.

Please not that dark chocolate is great for the occasional indulgence, but it still packs a lot of fat and calories.

Why You Need To Learn Acceptance

How To Make Money By Writing your Own Ebooks