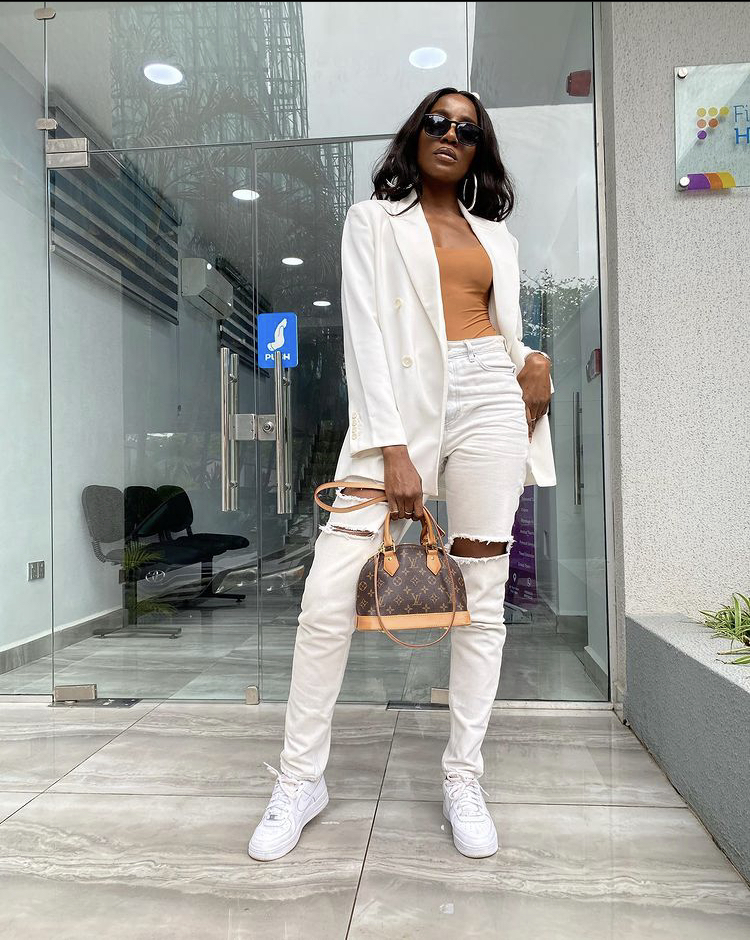 All you need to know about Deborah Oluwaseyi Joshua popularly known as  Sheyi Shay Let’s take a look at her Biography, Nationality, Career, Age, Net worth, Family.

EARLY LIFE
Deborah Oluwaseyi Joshua was born on 21 December 1985. Seyi Shay grew up in Tottenham, London, England, She was born to Nigerian parents and raised by her mother who was a single parent, and she is the last of four children. she visited Nigeria when she was  two years old.

EDUCATION
Deborah Oluwaseyi Joshua attended Command High School in Maryland, Lagos before going back to London for her undergraduate studies. She studied Business Management at the University of East London.

CAREER
Her music which is a blend of Afro-pop and R&B and has evolved from her being the lead singer for the now defunct pop girl group “From Above” which was signed to Sony’s Columbia Records and managed by Mathew Knowles’ Music World Entertainment company to getting signed to Island Records in July 2015 and releasing a debut album in November 2015 with the singles “Loving Your Way” and “No Le Le” making waves in the industry.

Seyi Shay signed her first record deal with “No Apology”, a record company affiliated with George Martin (commonly referred to as the “Fifth Beatle”) releasing “You Will See”, a song that was included on Melanie C’s third studio album ‘Beautiful Intentions’ in 2005 and “White Lies”, a song from Chip’s Transition album under the imprint. Her song was adopted as the soundtrack to Konami’s video game, Crime Life: Gang Wars in 2005

In 2011, Seyi Shay met Sound Sultan at a concert in London and he convinced her to relocate to Nigeria and pursue her musical career, meeting with Cecil Hammond of Flytime Promotions in thesame event and later getting signed to his record label, “Flytime Music”, helping her launch a solo career in Nigeria under which she released her debut studio album titled ‘Seyi or Shay’. She has worked with producers like Jay Sleek, Tee Y Mix, Del B, and Cobhams Asuquo, among others. Collaborating with artistes like Praiz, Mr. Walz,Yung GreyC, Amir, Justin Timberlake, Brian Michael Cox, Darey, Bilal, Michelle Williams, Chip, Rob Knoxx, H-Money, and Cameron Wallace.

She has been nominated several awards including

— 2013 Best Vocal Performance (Female) award at the The  Headies.

— 2013 Best New Act of the Year award at the Nigeria Entertainment Awards.

— 2014 Musician of the Year (Female) award at the City People Entertainment Award.

— 2014 Female Artist of the Year award at the Nigeria Entertainment Awards.

In 2018, Seyi Shay graced the screen once again but this time as an actress in the movie ‘Lara and the Beat’ produced by Biola Alabi and  featuring Nigerian Rapper, Vector. It is a story of two sisters and their struggle towards forging a legacy for themselves.

FAMILY
She once dated Kenneth Atisele aka ‘The Brand’ aka ‘Mr. Famous for No Reason’ aka ‘KenTheBrand’ and in an interview in 2017, proclaimed that she was now ready for marriage.

PERSONAL LIFE
Seyi Shay grew into a musical background, with her late mother as a chorister, her sister composing songs for TV and her brother as a radio and club disc jockey. She joined the choir early, already performing when she was six.

— 2015 Nigerian Teen Choice Awards for Celebrity of the year.

— 2016 R&B Artist of the year at the Nigeria Entertainment Awards.

NET WORTH
Deborah Oluwaseyi Joshua net worth is currently not available.