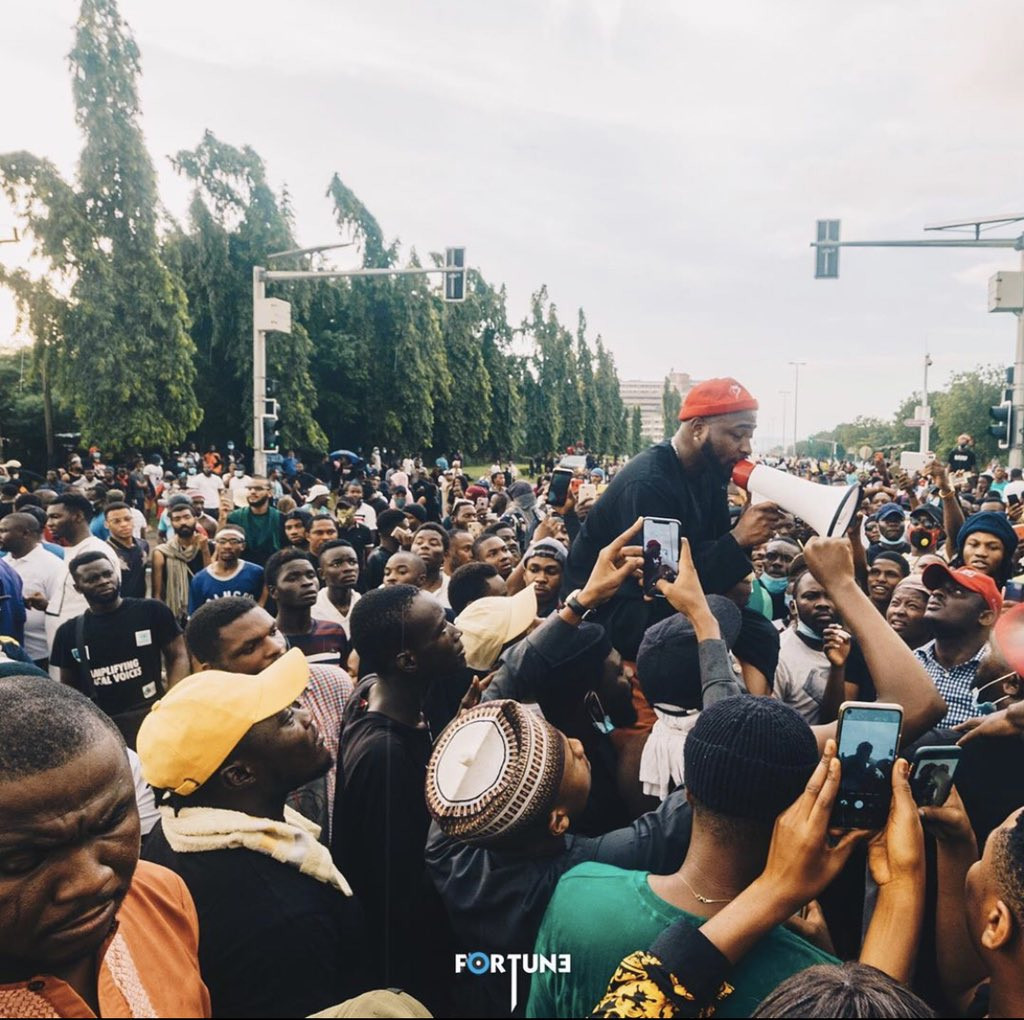 Earlier yesterday, the singer secured the release of #EndSARS protesters shortly after joining the protest in Abuja today October 11.  According to eyewitnesses, the policemen stopped attacking the young protesters after recognizing Davido and released the protesters thereafter.

Davido also announced the meeting via his verified Twitter handle on Sunday.

“I am meeting with the Inspector General of Police tomorrow at 10 am …. all my colleagues if you can get to Abuja tomorrow before 10 am and follow me to the meeting! It would mean a lot,” he wrote.

At the meeting tomorrow, Davido is expected to table the demands of young Nigerians protesting against police brutality.

The DMW boss has been vocal about the movement against police brutality in Nigeria. He joined the Abuja protesters on Sunday and secured the release of some protesters in police custody.

However, IGP Adamu had earlier announced the disbandment of SARS, following days of online and offline protests.

But Nigerian youths vowed to continue marching in their demands to end police brutality in all forms and make rogue officers accountable.

The young Nigerians demand the release of all protesters arrested and also good compensation to all victims affected by police brutality.