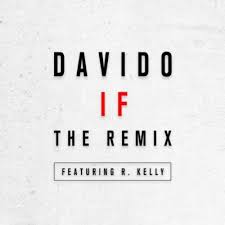 It is official as Davido Music Worldwide has finally gone worldwide with the label boss featuring the remix king Robert Kelly better known as R. Kelly on his mega smash hit single “If”.

R. Kelly recently shared a snippet to the remix which keeps fans with the ‘IF’ Doubt about R. Kelly jumping on the smash hit single. Yea dreams comes true and this one is official.

He recently was followed by superstar footballer Cristiano Ronaldo on social media and now he is frolicking with R.Kelly who was the one to release a snippet of the song first.

When Korede dropped the remix for “Do Like That” which featured American singer, songwriter, actress, and television personality Kelly Rowland, we thought we had seen it all.

The 30 Billion tune has come to live as the legend – R. Kelly is live on the new smash remix. R. Kelly verse on the remix takes the ‘IF’ to another dream-high
level.

Check the smash remix below,enjoy and let us know what you think of it as we already believe this is the remix of the year.