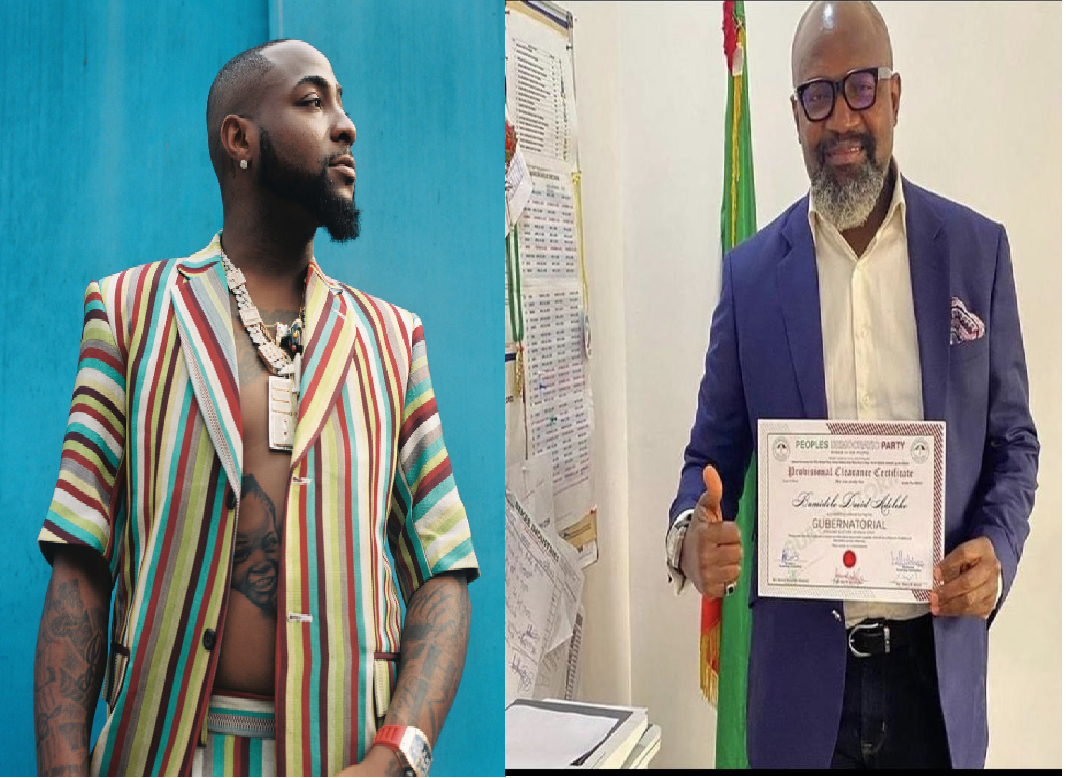 Renowned Nigerian musical artist, Davido has made a revelation about his cousin aspiring to become the Osun State gubernatorial candidate under, the umbrella of PDP.

The multiple award-winning artist has denounced his cousin, Bamidele Adeleke from contesting to be PDP gubernatorial candidate for the upcoming election.

The singer took to his Twitter handle to share how his cousin is unfit for the post, stating the facts that he is not an intelligent person and that he is far below being called “intellectual”.

The father-of-three from three different baby mamas said his cousin struggled to finish up his University degree, and also hasn’t achieve anything in his life. Davido fully declare Dele as FAKE!

“Wonderful! Me I finished uni with a 2:1. But it’s now cousin dele who struggled to even get a 2:2 that is now forming “intellectual”. Intellectual that has not succeeded in building one single thing in his life on his own. This life ehn! Osun beware of FAKES!”

Davido’s uncle, Ademola Adeleke, a politician by himself, had supported this claim made by Davido. He wrote;

The comment by his uncle was retweeted by Davido.

“I don’t drink alcohol but I zazoo” – Portable says