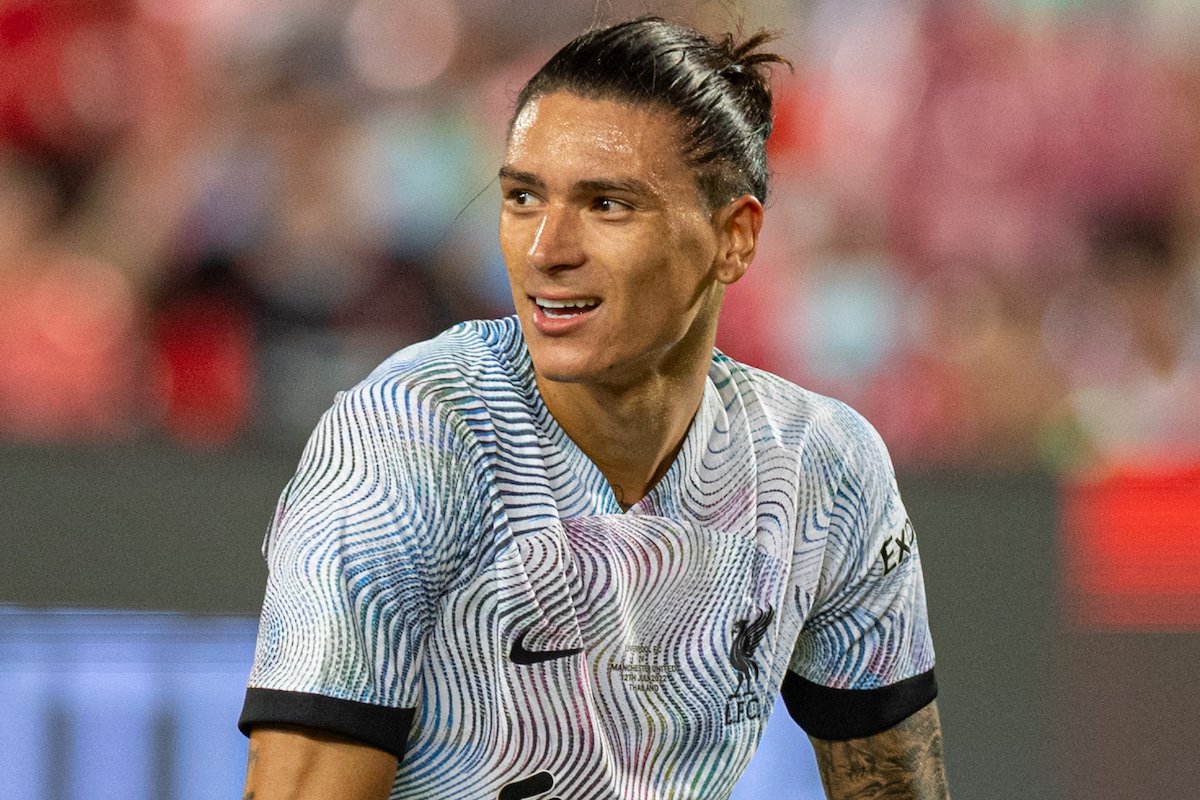 There comes a lot of pressure on a player who goes into a football club on the back of a hefty millionaire Euros price tag, and for Darwin Nunez it is just exactly that.

And just after today’s performance in the pre-season opener against Manchester United, fans and football lovers have began to wonder if the 100 million Euros price tag placed on the player was really worth it.

There are some who have began to wonder if for the first time in Klopp’s era, Liverpool have been scammed into buying a player that may end up becoming another version of former player, Andy Caroll.

The preseason fixture took place on Tuesday in Thailand with hundreds of spectators who came to watch the North West derby in Bangkok, and for the Asian Liverpool fans, it was a sad day as their team fell behind to United with a 4-0 deficit.

Though the Liverpool team tried all they could to hit the back of the net, their attempts were rendered quite futile, with the best chance of the game coming in the 87th minute after new signing, Darwin Nunez got a goal scoring opportunity.

The opportunity ended up falling flat with the Uruguayan throwing the chance away to bring about criticisms and a reminder of former Liverpool player, Andy Caroll to mind.

Mohamed Salah who came into the game in the second half, saw his chance hit the Manchester United post from the edge of the box, with the ball then falling to Nunez who had an open goal to aim at.

However, the Uruguayan who will become the Premier League’s 4th-most expensive player once add-ons are met, went on to shoot to the heavens his only shot of the game.

This of course drew the criticisms and online mockery particularly from the Manchester United fans who had missed out themselves on signing Nunez from Benfica.

If Nunez turns out to be another Andy Caroll, then he will become Klopp’s first ever mistake since arriving at Anfield.

Liverpool Manager’s excuse for losing to Manchester United in Friendly