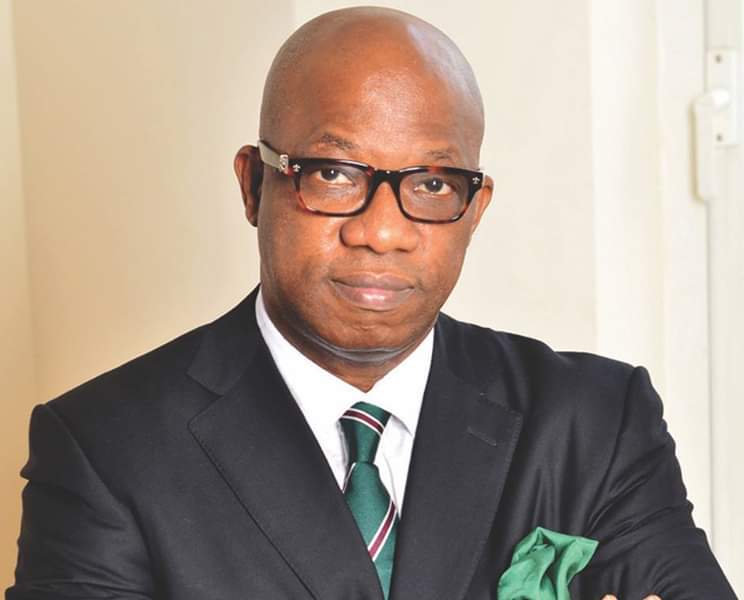 On Wednesday, Governor of Ogun State, Dapo Abiodun asked the national chairman of the All Progressives Congress, Abdullah Adamu, to disregard crime allegations in a petition sent to his office, as it was a deliberate move to seek his disqualification from participating in the 2022 governorship primary in the state.

He claimed that the petition was characterized by falsehood and malice.

The governor in the letter dated April 19, 2022, written by the law firm, Chambers of Afe Babalola, while responding to the petition, described the petition dated 12th April 2022, as full of spurious and unfounded allegations meant to mislead the party into disqualifying him from participating in the 2023 governorship election.

The statement read partly, “the petitions are nothing more than the machinations of political jobbers and saboteurs sponsored by desperate opposition elements to disrupt the peaceful political atmosphere in Ogun, spread rumors/propaganda about the governor, and mislead the APC.

“The petitioner relied on hearsays, urging Senator Adamu and national leadership of the APC to “disregard the hearsays”.

“According to Afe Babalola & Co, the allegation of discrepancies in Governor Abiodun’s INEC Form CF001 for 2015 and 2019, is a statute-barred, arguing that the allegation can only form the basis of a cause of action in court 14 days from the day the governor filed and deposed to the forms.

“It further stated that the alleged contradiction in the two INEC Forms can no longer be a ground to disqualify Governor Abiodun in the upcoming 2023 gubernatorial election, Forms CF001 for 2015 and 2019 are spent and cannot be used to determine the eligibility of the governor to contest in the next governorship election.

“The law firm recalled that court cases were filed in court and petitions filed at the Governorship Election Tribunal seeking to disqualify the governor based on allegations of falsehood and inconsistency in the two INEC Forms, saying that both the Tribunal and courts were unanimous in their decisions not only that the allegations were status-barred, but held that the said Forms CF001 of 2015 and 2019 did not contain any false statement.

“It further said the matter that the Supreme Court of Nigeria had also affirmed the decisions of the Tribunal and the Appeal Court, by dismissing the petition of false statement against the governor.

“On the allegation that the governor had been convicted for an offence in 1986, the chamber said the petitioner failed to attach any court judgment to the petition to this effect, hence, the allegation was baseless, asking the APC top echelon to discountenance as such.

“His name is reflected in all his certificates and other former documents. We urge Your Excellency to disregard the petitioner’s unfounded allegation”, it pointed out.

“Afe Babalola & Co, however, concluded that ” Your Excellency, it is not in doubt that all the allegations in the petition relate to our client’s Forms CF001 for 2015 and 2019 are baseless and unfounded. As shown above, the High Court of the FCT, Governorship Election Tribunal, Court of Appeal, and Supreme Court have all held that the said allegations are unfounded and status-barred so that there would be no basis for disqualifying our client.

“Our client has been adjudged by the Tribunal and courts to be eminently qualified to contest the 2019 Ogun State gubernatorial election, which he won a landslide.

“Since, as of today, the courts have held that our client is qualified under CFRN, the party cannot impose additional grounds for disqualification on him. Also, the APC Constitution and Guidelines for the conduct of primary elections cannot override the CFRN. Therefore, the party has no vires to prevent our client from contesting any election under its banner.

“As rightly admitted by the petitioner, only a court of law can disqualify our client. The party cannot disqualify him or prevent him from contesting in the party’s primary election.

“Your Excellency, our client is ready and willing to, at the screening stage for the party’s primary election, present his credentials and relevant document (including his primary school certificate, which has been alleged to be nonexistent) to establish his eligibility to contest in the upcoming 2023 governorship election in Ogun State.

“Finally, we pray that the petition should be disregarded as it is fraught with falsehood, speculation, inaccuracies “.

Related Topics:2023 electionsDapo Abiodun
Up Next

FRSC to deploy 978 officers to Bauchi towards Sallah celebration