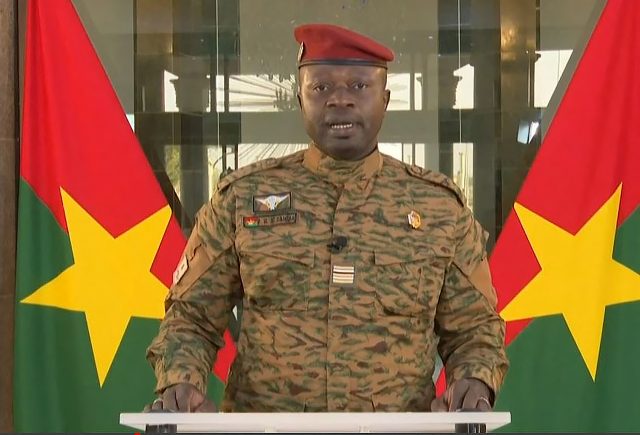 The appointment came in a decree signed by President Damiba on Thursday.

The 53-year-old Ouedraogo, has headed a consulting and auditing firm since 2007.

He was sworn in as president and head of the armed forces by the top constitutional body on February 16.

Brief ceremonies to officialize his position were held Wednesday.

On Tuesday, Damiba signed a so-called transition charter that declared elections would be held 36 months after his inauguration.

The period was longer than the 30 months that had been proposed by a commission set up by the junta.

The charter stipulates that the president is not eligible for the “presidential, legislative and municipal elections which will be organized to put an end to the transition.”

A 71-member legislature and 25-member government led by the prime minister are being set up to ensure the transition.

Their members will also be barred from contesting the post-transition ballot.

On Wednesday the head of state ordered a general audit of the public sector, a measure aimed at promoting good governance.

One of the poorest countries in the world, the West African country has a long history of volatility since gaining independence from France in 1960.

President Buhari returns to Nigeria after meeting in Nairobi