‘I was the happiest when Mercy and I broke up' – BBNaija ex-housemate, Ike Onyema reveals 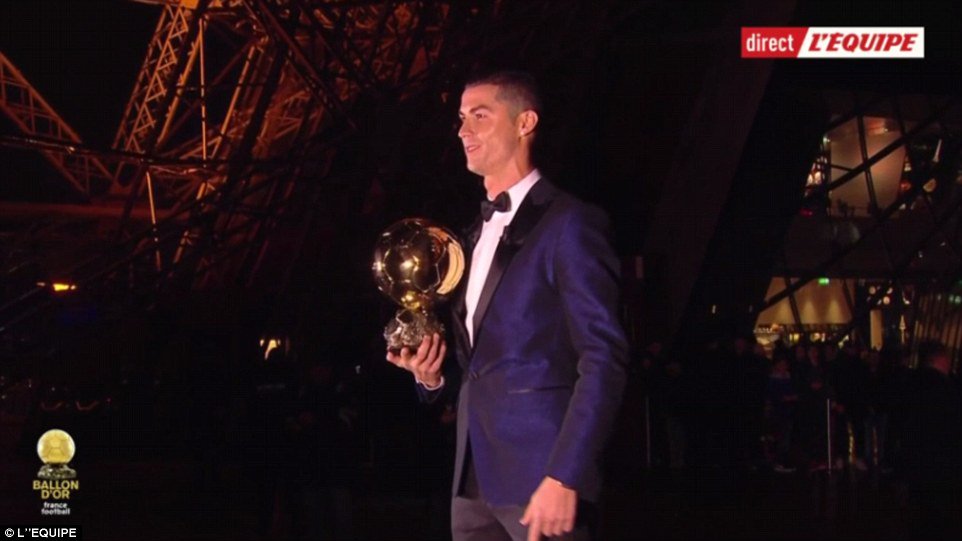 The other day, a friend of mine was, as most Barcelona fans are wont to do, comparing Lionel Messi with Cristiano Ronaldo. Of course he thought Messi was better. In his words, “Messi is pure football talent, as in football is in his blood; Ronaldo is just hardworking.”

Several people close to Ronaldo, especially his coaches, have confirmed that he is indeed hardworking.

Say what you want, but hard-work pays.

Last night, at a posh ceremony at the Eiffel Tower, Paris, Real Madrid and Portugal superstar, Cristiano Ronaldo was crowned the world’s best player for 2017, beating his rival Lionel Messi (Barcelona) and Neymar (PSG) to clinch the Ballon d’Or award for the fifth time in his outstanding career. The ceremony was

The award crowns his hardworking year after scoring 42 goals across all competitions during the 2016-17 season, leading Real Madrid to a La Liga and Champions League double.

The 32-year-old star also netted 25 times in La Liga last term and added 12 goals in the Champions League, including a brace in the final against Juventus.

Ronaldo who was also named the Best FIFA Men’s Player of 2016-17 in October, has now equaled Lionel Messi’s record of winning the prestigious honor for the fifth time.

Before crowning Ronaldo, France Football unveiled its 30 finalists in reverse order of how they finished in the voting: