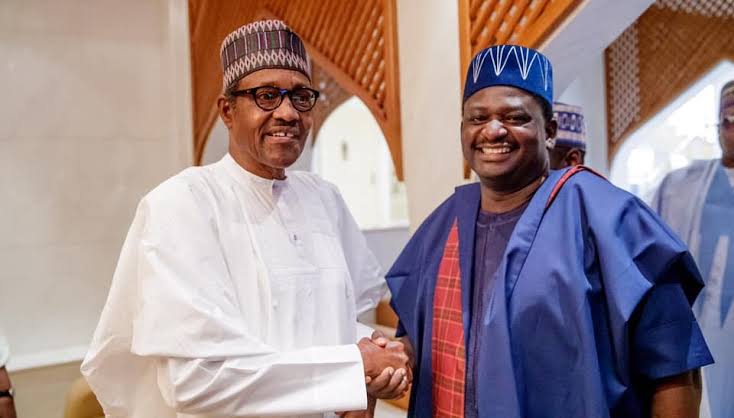 Femi Adesina, Special Adviser on Media and Publicity to President Muhammadu Buhari has also confirmed COVID-19 in Aso Rock,  saying presidential aides are human and the virus is not a friend to anyone.

Adesina speaking recently on one of the Nigerian television stations, confirmed that the president is healthy and doing his normal routine.

”The fact that we are presidential aides does not make us immune to certain things. If there is a virus that is ravaging society. Well, it can touch anybody.

”So Malam Garba Shehu has confirmed that, yes, he tested positive but he said it’s mild. And I believe that by now because it’s happened since Wednesday, by now, he should have almost beaten it if he had not beat it already. There is no cause for alarm.”

“I also believe in God for the best. If it happens (I get infected), I’ll recover. So that’s it.”

“Well, I think Mr. President is quite fine, he is doing his normal routine, following his normal schedule. But if anybody close to him tests positive, that person is required to stay away till he tests again, and he tests negative.”

”So, Mr. President is following his normal schedule and routine.”