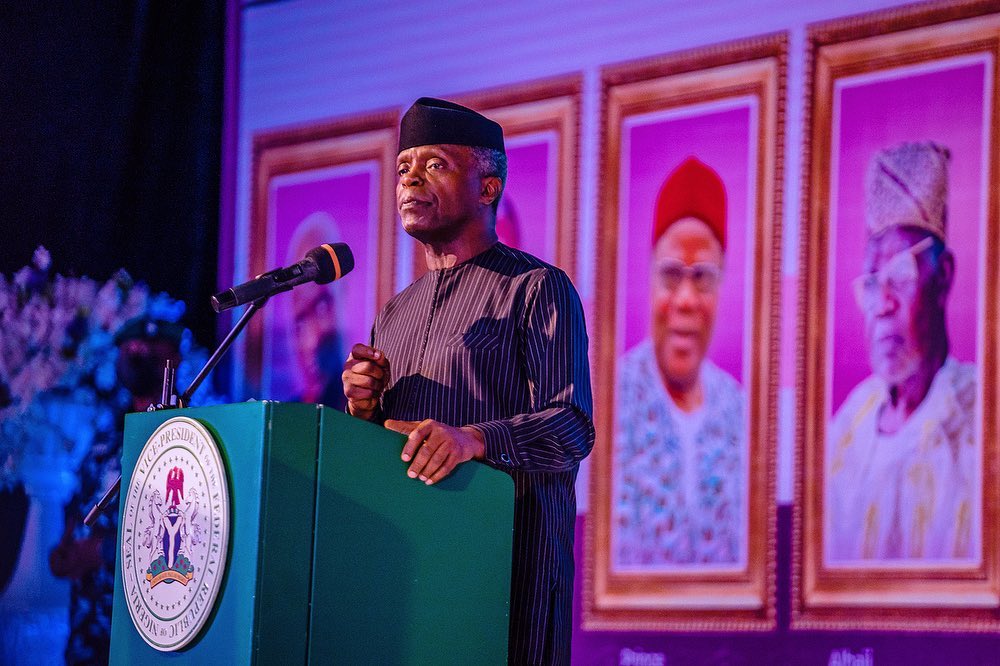 Vice President Yemi Osinbajo, SAN, has said that Africa is at risk of continued socio-economic stagnation if COVID-19 vaccine is not produced locally.

Osinbajo said this while representing President Muhammadu Buhari at the Commonwealth Parliamentary Association meeting on Wednesday.

According to a statement signed by Osinbajo’s media aide, Laolu Akande, Buhari noted that Africa remained at risk due to its low level of vaccinations compared to the rest of the world, which puts the continent at a socio-economic disadvantage.

He said, “Without vaccination of a huge number of its people, Africa remains at continued risk of socio-economic stagnation, because continuing infections including from new variants, will prevent full recovery. There is evidence that the economic rebound in other parts of the world is positively related to the extent of vaccinations that they have undertaken.

“We appreciate the vaccines that have come to Africa through the COVAX Initiative and other bilateral donations, but there remains much more to be done. We must ensure that while we are at it, we must develop the collaborations to be able to produce vaccines within Africa itself.”

The president also appealed for resources to enable African countries to increase the scale of vaccinations on the continent, while adding that the disparity in levels of vaccinations were significantly low.