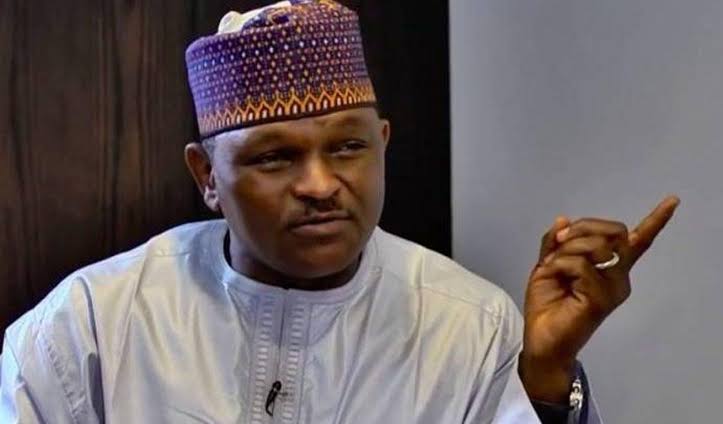 The Court of Appeal in Abuja on Thursday reacted to the appeal by the sacked Chairman of the Action Alliance (AA) party, Chief Kenneth Udeze to reverse the nullification of the candidacy of Major Hamza Al-Mustapha .

The Federal High Court in Abuja had ordered the Independent National Electoral Commission (INEC) to remove the name of Al-Mustapha as the party’s presidential candidate.

A three-member panel of the appellate court, led by its President, Justice Monica Dongban-Mensem, in a ruling, held that the appeal was incompetent.

Justice Dongban-Mensem held, in the lead ruling, that Udeze was wrong to have initiated the appeal in the name of Action Alliance and also listed the party as a respondent.

Justice Dongban-Mensem noted that the AA could not be an appellant and a respondent in the same appeal.

The ruling was on the appeal marked: CA/ABJ/PRE/ROA/CV/1472MI/2022, with which Udeze (who was suspended and later expelled) had sought to void the December 22 ruling by the Federal High Court in Abuja.

Justice Zainab Abubakar of the Federal High Court, Abuja had, in the December 22, 2022 ruling, rejected Udeze’s application to set aside the court’s November 4, 2022 judgment recognising the candidates produced by the Dr. Adekunle Rufai Omo-Aje leadership of the party.

Justice Abubakar noted that Udeze’s suspension and expulsion as the AA Chairman had been upheld in two judgments issued by the Court of Appeal.

In the November 4 judgement (which was also delivered by Justice Abubakar) the court ordered INEC to accept the list of candidates submitted to it by the Omo-Aje leadership of the AA and to discountenance the candidates submitted by Udeze, which Major Hamzat Al-Mustpha was a presidential candidate.

In the December 22 ruling, Justice Abubakar noted that, with the two subsisting judgments of the Court of Appeal and another decision by a Federal High Court in Abeokuta, Udeze cannot lawfully lay claim to being the Chairman of the party.

The two judgments of the Court of Appeal were delivered on January 7 and November 11, 2022, while the ruling by the Federal High Court in Abeokuta was delivered on September 8, 2022 by Justice J. O. Abdulmalik in a suit marked: FHC/AB/CS/120/2022.

Justice Abubakar held that her earlier judgment delivered on November 4 was not obtained by fraud as claimed by Udeze.

The judge described Udeze as a busy body and meddlesome interloper, trying to interfere in the affairs of the party from which he was suspended and later expelled.

How Pope Benedict XVI Emeritus Will Be Buried