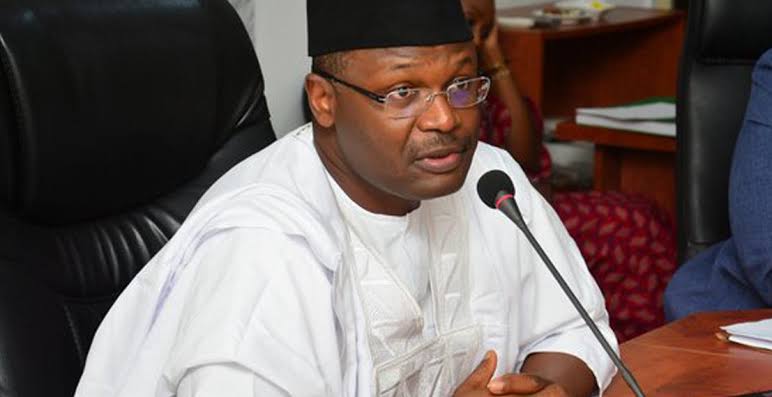 The Federal Capital Territory High Court in Abuja on Wednesday has removed the chairman of the Independent National Electoral Commission, Prof. Mahmoud Yakubu, over alleged failure to declare his assets.

Apart from quashing the allegations of false assets declaration against Yakubu, the court stopped security agencies from investigating him.

Meanwhile, the coalition of United Political Parties and other socio-political organisations have hailed the judgement, describing the judiciary as the last hope of the common man.

The Spokesperson of CUPP, Ikenga Ugochinyere, hailed the judgment as “a major New Year gift to Nigerians by the judiciary.”
According to him, the court verdict was “a victory for a credible, free and fair election.”

He said the plans to scuttle the 2023 general election by those who know they cannot win free and fair elections have been squashed by the judiciary.

Ugochinyere also commended the court for going ahead to bar security agencies from investigating him over his valid assets declaration.

He said, “I’m happy that the judiciary over the months has proven that they are the last hope of the common man. Since our intelligence discovery of plans to compel INEC chairman to stop the use of the Bimodal Voter Accreditation system in the 2023 elections, these evil politicians have not rested, they looking for nonexisting faults.”

The plaintiff, Somadina Uzoabaka, had in an originating summons marked FCT/HC/GAR/CV/47/2022 by filled against the Attorney-General of the Federation and Yakubu, sought among other, an order of mandatory injunction directing and compelling the INEC chairman to recuse, excuse and exclude himself and or step down as chairman, pending the investigation and consideration of the various allegations against him by the various law enforcement agencies.

The plaintiff also sought an order of the court stopping him from holding or assuming any public office for a period of ten years.

In his defence, Yakubu tendered several exhibits to show the sources of money for the purchase of the properties which, the plaintiff alleged, were illegally acquired and insisted that his assets declarations were validly done.
Ugochinyere regretted that security agencies were now being used for other responsibilities.

He said, “First, it was the CBN Governor because of the cash limit policy and now the INEC chairman. The security agencies are a disappointment; at a time the masses need their protection and help, they are busy serving the interest of evil politicians.”

The President of the Ohanaeze Ndi Igbo Youth Movement, Ochiagha Nnadi, said the judiciary has yet again saved the Nigerian democracy from collapse as politicians do not mind the collapse of democracy in their pursuit of power.

“Can Nigerians imagine what would have happened if in about 50 days to a general election, there is a sudden change in the leadership of the electoral commission? Many people who pose as leaders do not mean well for the country”, he said.

The national chairman of the Action Alliance, Kenneth Udeze, in his response, applauded the judge for being bold.

Udeze wondered why any person would wait until a few days before a general election to seek the removal of the INEC boss from office.

“It would have thrown the entire country into political crisis as there would be allegations and counter-allegations in an already highly charged polity. Security agencies should live up to their mandate and stop being apolitical,” he said.