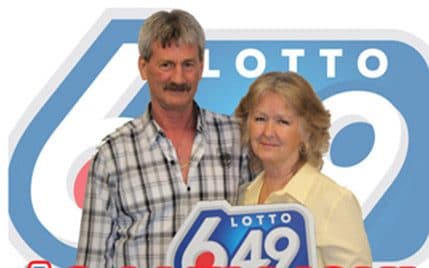 “I did it again,” Barbara told her husband when she found out they had the winning numbers.
They were one of the two ticket holders who guessed all six numbers correctly,according to a statement.

“I knew we had all the numbers, but I didn’t know how many winners there were,” Barbara said. “I called Douglas back before midnight and told him it was more than $8 million.”

The Finks plan to use most of the money on their extended family.

“Family comes first,” said Barbara. “We want to make sure that our daughters and our grandkids are looked after.”
The Finks also plan to spend some of the earnings on tropical holidays and a new home.

“Barbara wants a new house, so she’ll get one,” Douglas said in a statement.

“If I die today, I die a legend” Wizkid expresses fear over his health

Man Appears To Hold Something Like A Smartphone In Ancient Painting