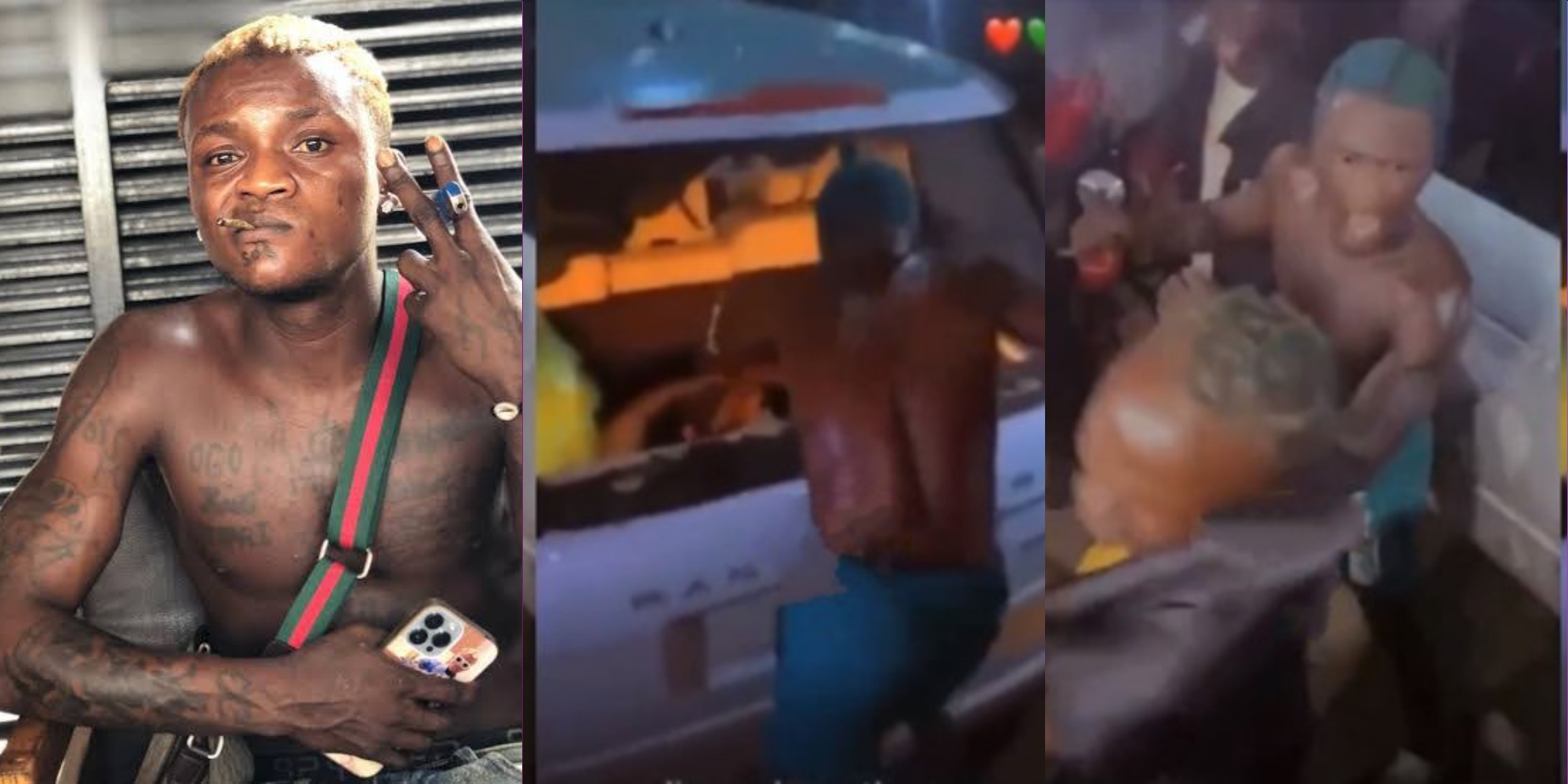 A video making waves on social media captured the moment Portable fumed over the destruction of his Range Rover in Lagos.

The controversial street singer, Habeeb ‘Portable’ Okikiola, has been captured on tape ranting after his Range Rover was damaged in Lagos right after a show.

According to report, the singer was performing at a show in the Ijegun area of the State when the rear windshield of his car was smashed by an unknown group of persons.

The Zazuu crooner came out to see the damage done to his Range Rover, provoked by the sight of it, Portable created a scene at the venue of the event as he asked to know the people that smashed his car.

He could be captured shouting and issuing threats while some people tried to calm him down.

Singer Portable fumes at the free facelift his Range Rover received at a concert in Ijegun, Lagos

This is not the first time Portable’s Range Rover is getting some dent or damage done to it as some boys had earlier in the year smashed the whip during a clash with youths.

He made the comparison while talking about the growth and popularity of CKay on Jahbless Original Intelligence podcast.

Jahbless had claimed that Ckay is the Nigerian artiste with the highest number of subscribers on YouTube, beating giants in the music industry like Wizkid and Burna Boy.

Speaking further, he stated that the ‘Love Nwantiti’ hit-maker is not big in the country and Jaywon agreed, adding that Portable is bigger than him in two folds.

They went on to wonder why Ckay is having large streaming numbers and followership despite not being the biggest artiste, and Jaywon said that it is because Afrobeats is now global and not restricted to Nigeria.

Jaywon, in a bid to buttress his point said his biggest song on Spotify is being streamed the most by fans in Auckland and Australia.

He reiterated Ckay is very popular outside the country because the Afrobeats as a genre is off Nigeria and now a globally accepted form of music.

Related Topics:PortableRange Rover
Up Next

We Respect Man City, Man City Too Must Respect Us—Arteta