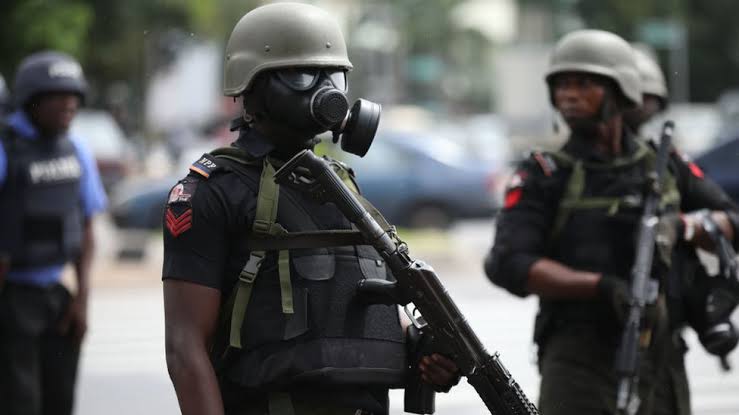 Police officers in Ondo State have arrested a cleric, Alfa Tunde Olayiwola, allegedly in possession of a fresh human head at Oka in Ondo East Local Government Area of the state.

Mr Oyeyemi Oyediran, Commissioner of Police, made this known while parading the suspect with eight others arrested for various crimes in the state before newsmen on Thursday in Akure.

Oyediran explained that the cleric suspected to be involved in money rituals was arrested following a tip-off received from a member of the public on Thursday in Oka in Ondo township.

“At about 0920hrs on the 23rd of December, 2021,, the Police received information that a self-acclaimed cleric named Alfa Tunde Olayiwola ‘m’, a suspected ritualist, was about to receive a consignment suspected to be a human head.

“The Police immediately swung into action, and the cleric was apprehended at Ajagbale Area of Oka, Ondo town.

“A fresh human head was found in Olayiwola’s custody when he was arrested.

“He (suspect) confessed that the head found in his possession was to be used to ensure he had a better life,” Oyediran said.

The commissioner of police said that three other suspects were arrested between Dec. 17 and Dec. 21 at various places across the state over alleged murder.

According to him, on Dec.17, one Ayodele Bankole ‘m’, aged 26 years of Adabo Oke-aro, went to a hotel known as ‘Enjoy your life’, and a few minutes later he jumped down the stairs of the hotel and took to his heels.

He said that suspect was pursued and brought back to the hotel room, where a young lady of about 24 years, was found in the pool of her blood with fresh injuries on her neck and chest.

“The lady was confirmed dead at the hospital. A blood stained knife was recovered at the scene.

“The elder brother of the missing person contacted the Police that he suspected one Paul Samuel, aged 29 years, best friend of Haruna, to have used him for money rituals.

“Because the deceased was seen last with Paul and Paul’s mother called him that his son was seen in Yara in Kogi State negotiating to sell a motorcycle, which was suspected to belong to the missing Haruna.

“When Paul Samuel was arrested he confessed to have killed his friend so that he could sell his motorcycle. A TVS motorcycle was recovered from the suspect.

Meanwhile, On Dec.21, one Ismaila Ojo, a hunter, shot a 70 years old man,  who is his neighbor, while defecating in the bush at the back of his house, the CP said.

Oyediran said that when the suspect was arrested, he claimed to have been testing his gun and mistakenly shot the deceased.

“A Dane gun was recovered from the suspect,” the CP said.