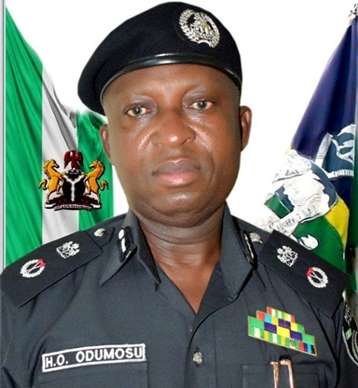 
Citizens of Fagba junction, Daddy Savage, Jonathan Coker, Railway Crossing, Pipeline Road and environs in the Ifako Ijaiye Local Government Area of Lagos State are in anguish over unending thefts and murders by hoodlums in the regions.

Top Naija learnt from citizens that the attacks had become regular and many of the hoodlums were not simply robbing inhabitants and passers-by of their possessions, but were also hurting and murdering them in Lagos environs.

One of the heads of inhabitants’ associations in the region, who spoke to our reporter on condition of anonymity, declared that the attacks were turning into a daily incident, stating that three people were stabbed to death at Fagba junction in the past week.

He said, “These boys stab and kill people just to snatch their phones. Many have been rushed to General Hospitals. The boys don’t just hang around, they move around boldly. It has even degenerated into traffic robbery. Yesterday (Wednesday), they broke a vehicle’s windscreen in front of Providence School, while attempting to attack a man on his way to work.”

Another inhabitant, who only identified himself as Femi, disclosed that the hoodlums operate mostly in the early hours of the day and from 8pm, stating that motorists now avoid the Agege-Fagba Road, Lagos to get to their different destinations.

Femi said, “Fagba has become another thing entirely. The miscreants recently attacked a man while he was dropping off his daughter at school. The daughter had to run into her school, while the father fled in another direction. A lot of people have left Fagba and motorists are afraid of passing through the area.

“Motorists coming from Agege and Ikeja to Iju, Oke-Aro, Ajuwon and similar places prefer to go through Ogba, Akute or Obawole to reach their destinations, because of the attacks. The boys don’t just collect valuables; they injure and sometimes kill their victims.”

A motorist at the Railway Crossing area, Uche Uzor, also disclosed to Top Naija that some of the miscreants were from the Abattoir area, stating that the arrival of many persons into the area was alarming.

Uzor said, “Most of the boys carrying out these attacks come from the Abattoir. Someone’s phone was snatched and the owner was killed two days ago on his way to work around 5am. They are the normal hoodlums around. The influx of people into the area is too much. They bring them in trucks. But I don’t know if they are the hoodlums.”

When contacted, the Police Public Relations Officer, Muyiwa Adejobi, revealed to Top Naija that the Command was aware of the incident, but that no case of murder was recorded lately.

Adejobi said, “We are aware of one or two isolated cases of stealing from persons and not robbery attacks, but no case of killing was recorded at all. It’s a mere rumour. The Commissioner of Police, Lagos State, Hakeem Odumosu, is sensitive and responsive to the situation at Fagba and he has deployed men, patrol vans and an Armoured Personnel Carrier in the Fagba area on a 24-hour basis to secure the place.

“In addition, our intelligence units have been mandated to do the needful in the area generally. Fagba is safe as we speak. There’s no cause for alarm.”

Armed bandits kill farmer and his children, abduct two others in Ondo