Christian Pulisic: friendly relationship with Aubameyang will be put on hold ahead of Arsenal vs Chelsea FA Cup final
Advertisement 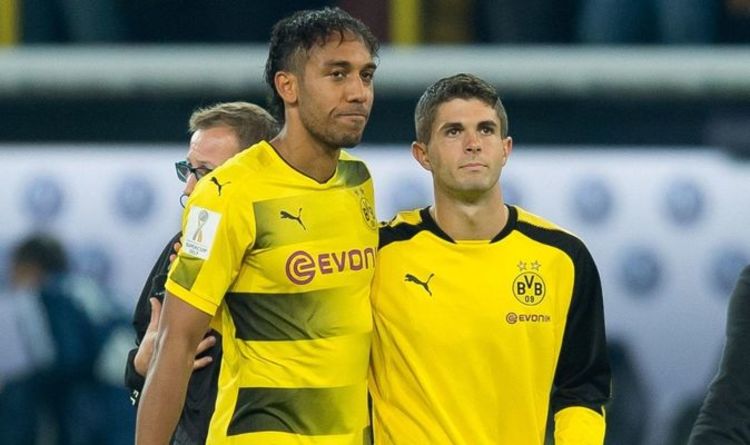 Christian Pulisic: friendly relationship with Aubameyang will be put on hold ahead of Arsenal vs Chelsea FA Cup final

Chelsea star Christian Pulisic says his friendly relationship with Arsenal captain Pierre-Emerick Aubameyang will be put on hold when they battle for their respective teams in the FA Cup final.

Pulisic and Aubameyang are likely to have a major say in the winner of the trophy of Saturday as both teams look to end the prolonged 2019/20 season on a high.

For Chelsea, Pulisic was a talisman in the battle to finish in the top four, catching the eye with a series of impressive displays.

While at Arsenal, a poor season would have been even worse if not for the goals of Aubameyang.

The Gabon international enjoyed another prolific season for the Gunners and the final could be his last game for the club amid his ongoing contract situation.

Pulisic and Aubameyang’s relationship comes from their spell together at Borussia Dortmund.

But the American attacker says their friendship won’t matter when they go head-to-head.

“I know him quite well,” Pulisic told ESPN. “He is incredible, the way he gets in good areas.

“He’s always dangerous, so we are definitely going to have to be cautious of that, and they have some other good players. But he is definitely one guy that you have to look out for.

“We’ll always be good friends. I played together with him for a long time.

“Right now, we are definitely focused and want to win. It is going to be a good battle; and not so much on the pitch, but we will always be friends off the pitch.

“The final comes down to us against them, who is more ready to play on the day.

“Obviously, it gives us confidence that we’ve been in good form, we’ve been playing well, and we’re going to try and bring that into the game.

“In the end, it is one game, and in a final, anything can happen.”

Meanwhile, Pulisic and team-mate Olivier Giroud have been nominated for July’s Player of the Month award.

Pulisic scored two goals and provided two assists to help Chelsea’s top four cause while Giroud bagged five goals as he pushed his way ahead of Tammy Abraham in the starting line-up.