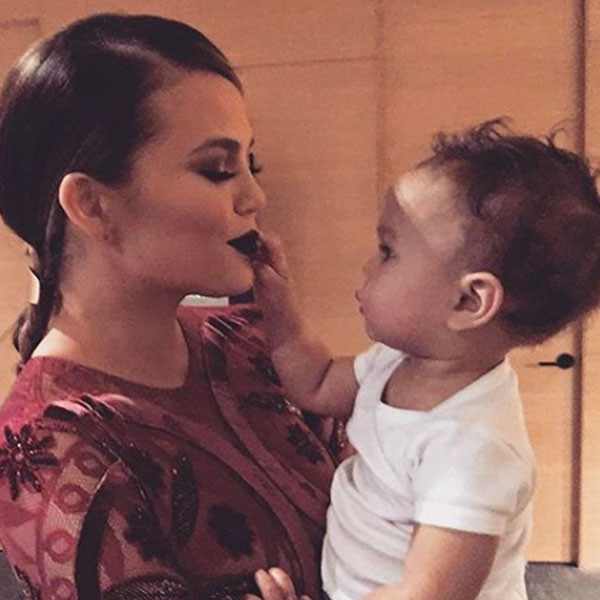 There’s a school of thought that career women can’t/shouldn’t have kids because it’s nearly impossible to combine career and kids.The 31-year-old model and TV host, Chrissy Teigen is proof that that is not true.

Chrissy announced she is expecting baby number 2 with her husband John Legend, in an adorable Instagram post on Tuesday.

And this has not in anyway slowed her career as she was, for the first time, ranked third on the Forbes 2017 Highest Paid Model List with earnings of $13.5 million.

Chrissy Teigen and John Legend tied the knot back in 2013, and welcomed their first child Luna Simone Stephens in April 2016.

“Luna, what’s in here?” Teigen can be heard asking in the video post, talking about her stomach.

The post is captioned, “It’s John’s!” Legend commented on the post, “Maury will have the final word on this.”

But Chrissy is not without her scars. She has struggled with infertility.

In early October, Teigen, who has been open about her struggles with infertility, talked about her hope to have a second child via frozen embryo transfer during an interview with InStyle.

Teigen also shared with the magazine that she and Legend started with 20 embryos. After being genetically tested, three of those embryos were deemed normal. “The first little girl didn’t work, and then the second is Luna,” Teigen said.

Back in Jan. 2017, Teigen revealed that their last embryo is a boy. “Since this is coming up again, I said our next baby would be a boy because that is the embryo we have left. A boy. So. Yeah,” she  tweeted in response to pregnancy speculation. “And no, I am not pregnant.”

But now almost a year later, Teigen is pregnant! Congratulations to the couple!
Tell us, do you think it is possible to combine career and kids? would one of them suffer for you to be dedicated to the other?
Share your thoughts in the comments section.

What to do when your parents would not support your dreams

choose your battles in life carefully