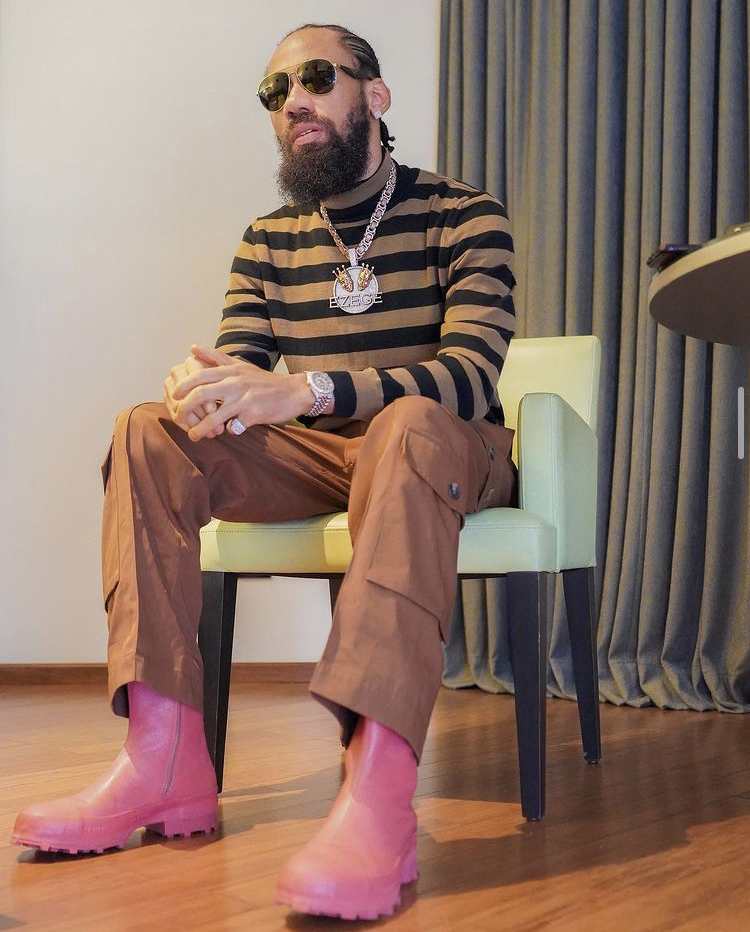 All you need to know about Chibuzor Nelson Azubuike popularly known as Phyno Let’s take a look at his Biography, Nationality, Career, Age, Net worth, Family.

EARLY LIFE
Chibuzor Nelson Azubuike aka Phyno was born on October 9, 1986 in Abakpa-Nike, Enugu state. He is the fourth of five children. He is from Anambra state, Nigeria.

EDUCATION
Chibuzor Nelson Azubuike, Growing up in Enugu he learnt to play the piano and drums while in secondary school. Phyno graduated from IMT (Institute of Management and Technology, Enugu) with a degree in Public Administration. He had initially wanted to be a pilot.

CAREER
Phyno launched his career as a producer in 2003 while rapping on the sides, producing for the likes of Timaya, Flavour, Ruggedman, 2Shotz, Bracket, J Martins and Mr. Raw moving to Lagos in 2007 to increase his impact and in 2010, established his own record label “Penthauz Entertainment”.

In 2014, he released his debut album, ‘No Guts, No Glory’ with hit singles, Ghost Mode, Man of the Year, Alobam and Parcel. He featured artistes like Stormrex, Omawumi, Olamide, Efa, P-Square, Timaya, Flavour N’abania, Mr. Raw, M.I, Ice Prince and Runtown and this album was Phyno’s meteoric rise to fame. The only setback being that the video for Man of the Year was banned from being aired in September 2013 by the Nigerian Broadcasting Corporation.

Phyno who sings and raps mostly in the Igbo language, in August 2014, became the Ambassador of Guinness Nigeria’s Made of Black campaign.

In April 2015, he released  his second album in collaboration with Olamide titled, ‘2 kings’ with hit singles like ‘Oringo’, ‘Connect’, ‘Yayo’, ‘Asai’ and ‘Nnunu’ featuring Stormrex. In 2016, he released his third album, ‘The Playmaker’ with hit single like ‘Fada Fada’, ‘a Ghetto Gospel’ and ‘Testimony’.

Since arrival on the music scene, Phyno has been nominated several times including the 2015 Best Hip-hop at the MTV Africa Music Awards and has performed at events which include-

FAMILY
Chibuzor Nelson Azubuike was rumored to have impregnated a woman, Rita Edmond in 2014. He denied the allegations.

PERSONAL LIFE
The name “Phyno” is coned from the word “Phenomenal” which was his nick name given to him by a friend back in secondary school because he always liked to stand out.

— 2012 Best Collaboration of the Year alongside Olamide at the Nigeria Entertainment Awards.

— 2013 Best Rap Artiste of the Year at the City People Entertainment Awards.

— 2017 Indigenous Artist of the Year at the Nigeria Entertainment Awards.

NET WORTH
Chibuzor Nelson  Azubuike’s net worth is currently not available.