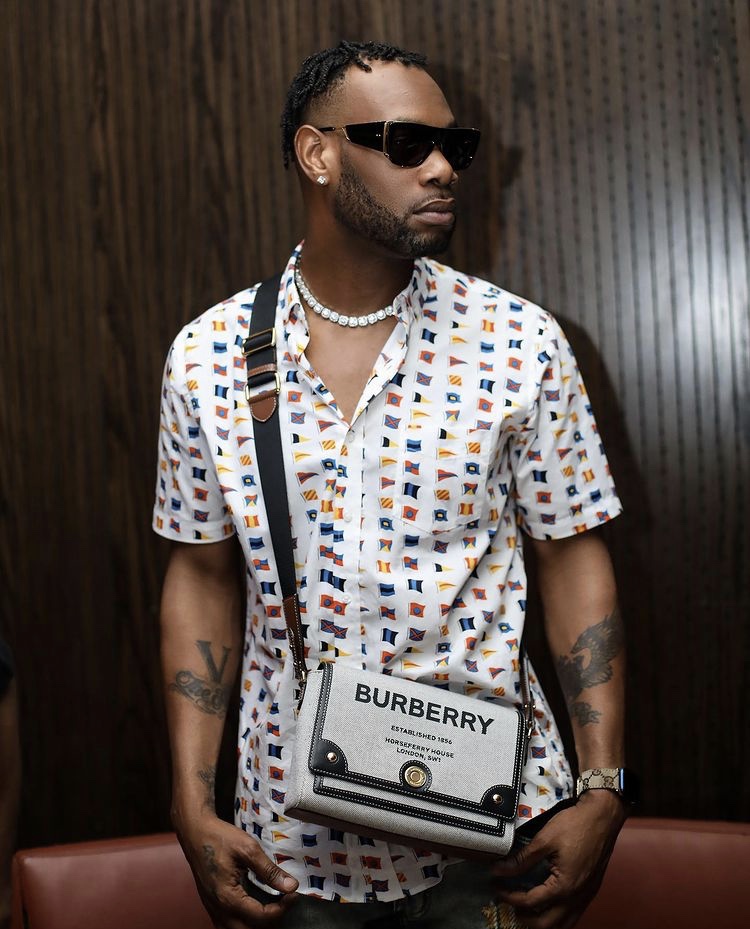 
All you need to know about Charles Enebeli popularly know as D’ Prince Let’s take a look at his Biography, Nationality, Career, Age, Net worth, Family

Charles Enebeli better known by his stage name D’Prince, is a Nigerian Afro-pop recording artist, performer, and entrepreneur. He is the founder and the CEO of Jonzing World and has an entertainment company he founded in 2019.
EARLY LIFE
Charles Enebeli was born on October 23, 1986, in Lagos, Nigeria. He is originally from Umuahia in Abia State in the south eastern part of Nigeria. He was born to Collins Enebeli and Patience Enebeli. D’Prince is the younger brother of music mogul and CEO of Mavin Records, Don Jazzy. Music has always been in their family and he is not strange to the Music business. D’Prince is also known as “Omoba,” which means a “Child of a King” in Yoruba language.
EDUCATION
After completing his primary school education, D’Prince joined King’s College in Lagos, where he obtained his West African Senior Certificate. Once he completed his high school education he then decided to follow his passion in music.
CAREER
As a tribute to his mentor Fela and Bob Marley, D’Prince uses a fusion of Afrobeat and Afropop to bring his music to life in honor of his mentors. His songs are based on fact & life, with a deeper meaning which documents the struggle of a young Nigerian trying to achieve his dreams. He performs in Igbo, English and Pidgin English.

D’Prince has recorded many songs for Mo’Hits Records and also the Mo’Hits Records compilation album Curriculum Vitae which was released in December 2007. It included hit singles, “Booty Call”, “Close To You”, “Masquerade”, “Stop The Violence”, “Igbe Mi”, “Hey Girl”, “What You Want To Do To Me”, “Oh No”, which was the lead single. On 25 November 2009, D’Prince released his single titled “Omoba” and was relaunched in 2010. On 13 April 2010 the official Video of the song “Omoba” was released through Mo’Hits Records.

In 2014, he released “OYO (On Your Own)”, a wake-up call to the nation to fight for themselves. The record was produced by Don Jazzy, with voiceover record from him, saying “Hey my men, now is not the time, it’s the time to sit back and think about your life”. According to music critic Chinwe Okafor of YNaija, the record is probably the best thing he has done in a while. Chinwe Okafor described the song as a modern-day Fela vibe, rating the song 3.5 out of 5, and passing the song with A for its effort, and acting skill. In quote, “The video basically describes the lackadaisical beings in the country” she say’s. On 30 November, the visual of O.Y.O was released and shot in Lagos by Clarence Peters.

On 3 August 2015, he released Bestie, featuring Don Jazzy, and Babyfresh, who also played a major role as producers of the song.

On 2 October 2017, he released Sade, produced by Babyfresh. Same day he released the music video of Sade, shot by Unlimited LA.

On 3 May 2019, he released a three track extended play, titled Lavida, and produced by Altims, and Babyfresh. The extended play also features Rema, and Don Jazzy.

His parents are Collins Enebeli and Patience Enebeli. His father is a legendary business person and music producer, he is the founder of Sagitarious Productions. His mother is an international business tycoon.

He has an elder brother who goes by the name Michael Collins Ajereh, or better known by his stage name, Don Jazzy. He also has other siblings Joy Solano and James Enebeli Collins.
PERSONAL LIFE
The songwriter was previously in a long-term relationship with Fotso until 2011. However, he is currently associated with a graduate from Coventry University known as Sharon Oparacho. The two has children together.
ACHIEVEMENT
In 2010, he was nominated for Most Promising Act to Watch at the Nigeria Entertainment Awards and Next Rated Artiste at the Headies Awards. In 2011, he was also nominated for Best Pop Single and Song of the Year at the Headies Awards. In 2013, he was nominated for Best Pop Single at the Headies Awards.
ENDORSEMENT
In 2011, D’Prince signed a Multi- Million Naira endorsement deal with Telecommunications giants MTN.

In 2013, he renewed the contract he signed with MTN reportedly worth millions of naira.
NET WORTH
D’ Prince is currently one of the richest and most influential artiste in Nigeria with an estimated net worth of $2million dollars.