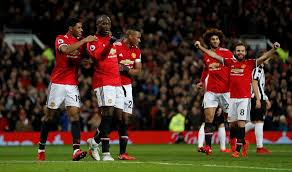 Jose Mourinho’s Manchester United will continue their campaign for the UEFA Champions League title against Sevilla in Spain on Wednesday night.

Mourinho will welcome Marcus Rashford, Antonio Valencia and Ander Herrera back to the squad. It remains unclear whether Paul Pogba would have recovered from illness in time for the game with Marcos Rojo, Phil Jones, Marouane Fellaini and Zlatan Ibrahimovic definitely out.

Eric Bailly is fit again and giving United’s defensive injury worries, he is expected to start the game.

However, Sevilla, three-time Europa League winners in recent years, will be eager to prove they are ready to make the step up in the Champions League.

The Los Rojiblancos coach, Vincenzo Montella has slight worries to his squad as Sebastien Corchia will miss the clash due to a groin injury. Joaquin Correa is a doubt after picking up a knock and Miguel Layun is cup-tied with Porto.

Centre-back, Simon Kjaer is back to the squad after recovering from injury, though the Denish is unlikely to start the game against the Red Devils, whilst forward, Nolito has also recovered from injury and is at Montella’s disposal.

I Never Believed I Would Marry An Illiterate – Abuja Based Lady

#BBNaija Vandora: I Was Voted Out For Not Kissing & Engaging in Sexual Acts