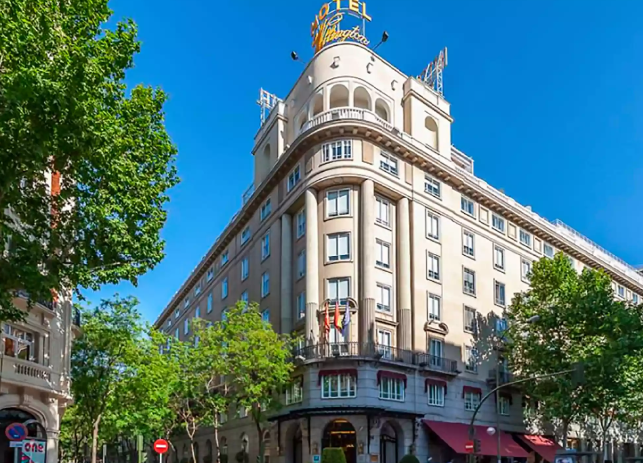 Hotels in Madrid in Spain have placed their bills on the high side by over 2,000 per cent ahead of the Champions League final.

Liverpool and Tottenham are due to play at the Wanda Metropolitano on June 1.

But one four-person suite has jumped to an astonishing £17,000 – leaving fans facing huge bills.

The Wellington Hotel, located in Madrid’s upmarket Salamanca neighbourhood, is also offering a junior suite with a terrace – normally sold from £404 per night – for a staggering £9,105.

The room is 40 metres squared and can sleep two people, with a small seating area and free breakfast included.

Its cost is 2153 per cent higher than normal – highlighting the extent to which fans are being ripped off.

Liverpool and Tottenham supporters have complained that their excitement of reaching the champions league final has been tainted by the prices of flights and accommodation in Madrid.

Many fans started looking for last-minute trips to Madrid from the UK.

However, flights with British Airways and easyJet have soared in price since the win due to an increase in demand.

Some cost over ten times the usual fare, which can start from as little as £40.

For example, a flight on May 31 with British Airways costs £658 to Madrid – whereas travelling just three days earlier costs £60.

EasyJet were offering flights for a whopping £750 one way, with return fares available for just £22 on other dates.

Footballer Comes Out As Gay! See Who It Is…