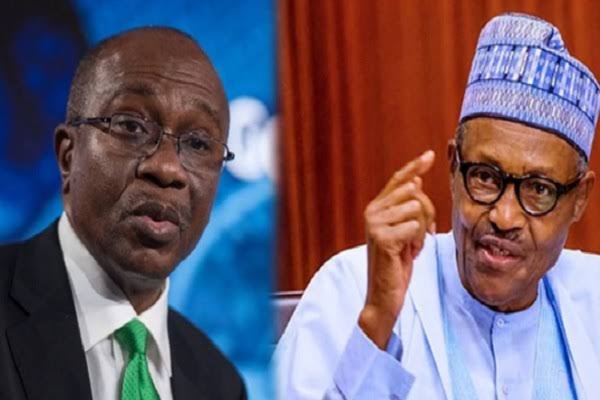 The news that Godwin Emefiele’s was sacked by the President of Nigeria has been fully debunked by the Central Bank of Nigeria describing the report as a rumour.

On Wednesday morning it was reported that Emefiele had been sacked by Nigeria’s President, Major General Muhammadu Buhari (retd), as a result of his presidential ambition.

Several newspapers are quoting CBN’s spokesman, Mr Osita Nwanisiobi, as denying the trending report, saying, “I heard it just the way you got it too. As far as I am concerned, it’s a rumour. I’m not aware of any sack.”

It was revealed that Emefiele is a member of All Progressives Congress in Ika South Local Government Area of Delta State.

A Senior Advocate of Nigeria, Kunle Adegoke, had said the CBN governor should resign his appointment and become a politician if he intended to contest in the 2023 general elections.

He said, “The governor of the central bank is expected to be impartial and not be driven by his own personal interests or the interests of a political party. Emefiele, as the governor of the Central Bank of Nigeria, represents all Nigerians and in that capacity, he is obliged under the constitution to serve each person irrespective of their political party or affiliation.

“The honourable thing for him to do is to resign if he is the one behind all these calls for him to come and contest. Where he is not the one, he ought to have come out earlier than now because we could see on social media, the branded vehicles and then the claim that farmers have spent N100m to buy him a nomination form of the All Progressives Congress. That is questionable.

“The few farmers who are debtors under the Anchors Borrowers’ Programme cannot now be deploying their resources towards this.”

A former Assistant Director at the CBN, Prof Jonathan Aremu, had also said any political participation by the CBN governor could compromise the integrity of the central bank.

Aremu said, “I am not going to quote the specifics of the CBN Act, but I will give you an objective view of this. Because of the special importance of the central bank, I don’t think it is right for the CBN governor to be political. It is important to have a monetary policy that is relatively seen to be objective because governments come and go.

“If you want to go into politics, for the relative independence of the CBN, then you have to leave the position. When people lose confidence in issues of money, it tends to be a serious issue. In some countries, central bank governors disagree with presidents and resign.”

Some lawyers, however, have argued that the CBN Act provides that Emefiele can only be removed with a two-thirds majority of the Senate.