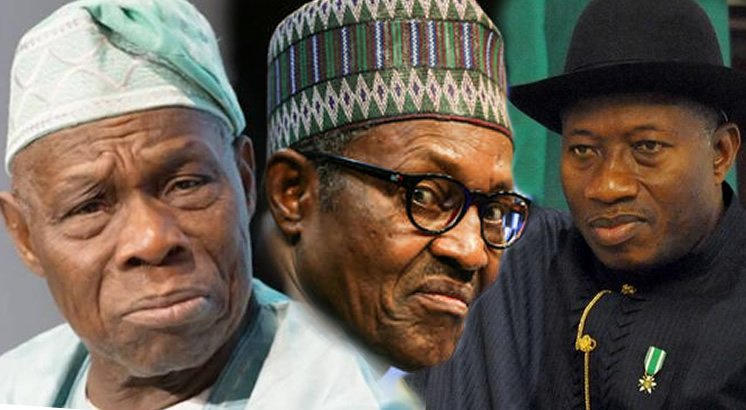 The Federal Government under President Buhari‘s leadership has mocked former Presidents Olusegun Obasanjo and Goodluck Jonathan for not being able to ensure passage and signing into law the Petroleum Industry Act (PIA) into law during their tenures.

Femi Adesina, Presidential spokesman in his write-up praised President Muhammadu Buhari for breaking the jinx to ensure the bill was passed by the National Assembly and then signed it into law.

“President Muhammadu Buhari has done what Napoleon couldn’t do. Again and again. The Bill had defied Olusegun Obasanjo who introduced it, got the better of Umaru Musa Yar’Adua (God rest his soul), worsted Goodluck Jonathan, but has finally been subdued by Buhari.

“The man has proven to be adept at concluding things that had long trounced and vanquished many leaders before him,” he said.
Adesina added that the PIB overwhelmed the first to eighth National Assembly, which could not pass it into law, but that through synergy and cooperation between the Executive and the Ninth Assembly, Nigeria now has a law for her cash cow, the oil and gas industry, more than 50 years after the last legislation, which had become obsolete.

“Step forward President Buhari, and be garlanded for being the Master Finisher. Practical examples abound in different spheres of National life, of projects, policies, proposed laws that had been in the works for more than two decades, but which have been seen to fruition by the tough but easy-going man from Daura,” he stated.

Naira loses against dollar at 517