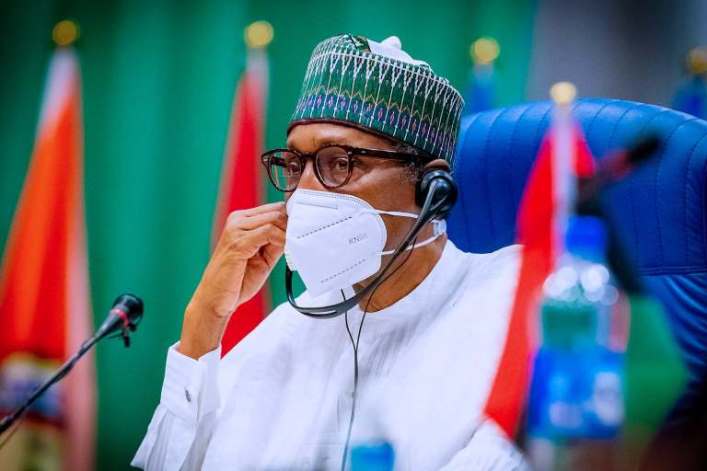 President Muhammadu Buhari has requested members of the global community to support Chad as it transits from military to democratic government in the allocated period of 18 months.

Buhari declared this on Tuesday in Abuja at the opening of the Extraordinary Summit of Heads of State and Government of the Lake Chad Basin Commission (LCBC) coordinated to discuss about the current developments in Chad after the demise of its former President, Idris Itno.

Special Adviser to the President on Media and Publicity, Femi Adesina, announced this in a statement entitled ‘President Buhari calls on international community to support peaceful transition in Chad.’

As indicated by the statement, Buhari, who also serves as Chair of leaders of LCBC member-countries, declared the one-day conference open with a request for members of the global community, particularly France, the United States, United Kingdom, Germany, the Netherlands, and Russia; the United Nations, the African Union and the European Union to support Chad’s Transition Military Council headed by General Mahamat Deby.

Buhari stated, “The need to support the Chadian government to effectively carry out its planned 18-month transition is sacrosanct.

“However, it must be stated that the sanctity of the Chadian constitution as the supreme guiding document defining the social contract in the country must be respected.

“The transition period should be civilian-led, with requisite powers given to the constitutionally mandated organs of government saddled with the responsibility of administering the country.”

President Buhari also urged fellow African leaders to press on and not yield to forces who want to disrupt the region.

He said, “We must reinvigorate our collective will and commitment towards eradicating terrorism and entrenching democratic rule and good governance in Chad and our region.

“We must remain focused and true to ensuring sustainable development of the region.”

Buhari also utilised the opportunity to eulogise and honour the late Chadian leader and other officials who have paid the highest sacrifice in the line of duty.

At the President’s request, the summit observed a minute silence for the departed leader.

History will not be kind to APC for burning INEC offices, says PDP