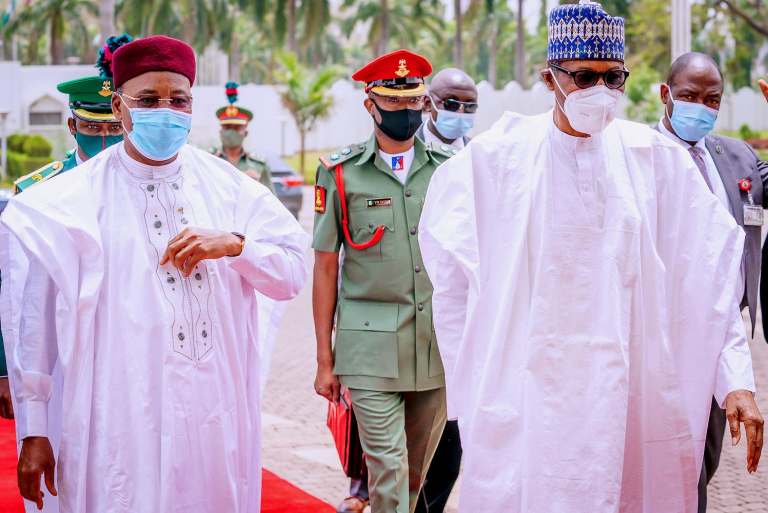 President Muhammadu Buhari, on Tuesday, received the outgoing President Mahamadou Issoufou of the Republic of Niger at the State House, Abuja.

Top Naija reports that the Nigerien leader, who showed up at the Presidential Villa was received by the President at the forecourt of the villa.

Issoufou would be stepping down in April 7 subsequent to serving two five-year terms while Mohamed Bazoum, who as of late won the Presidential election, is required to be sworn in that day.

It was learnt that the two leaders would discuss sub-regional issues as well as the security challenges caused by the activities of Boko Haram insurgents.

Issoufou, it was also learnt, would utilise the privilege of the meeting to appreciate President Buhari for the support and help provided to his nation in his first and second terms in office.

Top Naija reports that a road, at the back of State Security Services (SSS) quarters, Asokoro, was named after Issoufou, the Nigerien leader, who was escorted by Governors of Zamfara, Kebbi, Jigawa, Kano, Yobe and Sokoto States.

Nigeria had eased the transportation and other logistic requirements of the newly concluded national elections in the Niger Republic.