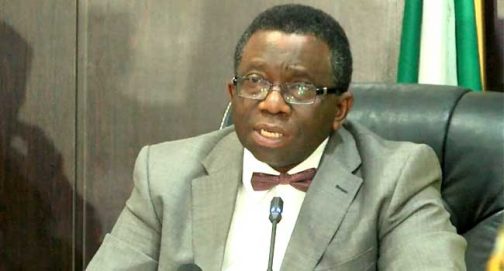 In what could be described as a total humiliation of his health minister, President Muhammadu Buhari has reinstated the suspended Executive Secretary of the National Health Insurance Scheme, Usman Yusuf.

Mr. Yusuf was suspended by the Minister of Health, Isaac Adewole, in June 2017, following allegations of gross misconduct.

A panel commissioned by the minister after Mr. Yusuf’s suspension later found him culpable of infractions that ranged from nepotism to theft of public funds.

An administration official familiar with the development told PREMIUM TIMES Tuesday evening that Mr. Buhari did not consider Mr. Yusuf’s indictment by a ministerial panel before asking him to return to work.

According to the source, the letter of reinstatement was sent to Mr. Adewole on Tuesday evening.

Mr. Adewole confirmed receipt of the reinstatement letter to PREMIUM TIMES Tuesday night, but did not elaborate on when Mr. Yusuf would resume or under which terms.

“It is true that the president has reinstated him,” Mr. Adewole said.

The reinstatement letter urged Mr. Yusuf to work closely with the minister upon resumption.

Presidential spokesperson, Garba Shehu, did not immediately respond to requests for comments about the development.

For the minister to cooperate with Mr. Yusuf will not be easy, said Eluma Asogwa, a legal practitioner.

“This is a humiliation of the minister,” Mr. Asogwa told PREMIUM TIMES by telephone Tuesday night. “He has sent a wrong signal and encouraged insubordination amongst heads of agencies against ministers.”

“This has now become a growing trend that does not portend well for our polity, it does not even augur well for the anti-corruption war of the president,” he said.

Mr. Yusuf did not immediately respond to requests for comments about his reinstatement Tuesday night.

The House of Representatives had demanded Mr. Yusuf’s reinstatement shortly after he was suspended, saying the minister was wrong and absolved the NHIS boss of any wrongdoing.

Mr. Yusuf had also replied the minister that he would not obey the suspension, saying the minister had no powers to suspend him.

Mr. Yusuf, 54, was suspended on July 6 over corruption allegations.

He took over the state-run health insurance provider on July 29, 2016.

But his reign at the agency has been fraught with graft controversies.

The suspension came weeks after the Senate launched investigations into his activities as the NHIS chief.

The lawmakers accused Mr. Yusuf of “corrupt expenditure of N292 million” which he allegedly spent on health care training “without recourse to any appropriate approving authority.”

The NHIS chief denied any wrongdoing.

The panel established by the health minister indicted Mr. Yusuf following which he was suspended indefinitely.

Mr. Adewole in a letter to the embattled NHIS chief, dated October 5, indicated that the committee that investigated Mr. Yusuf had submitted its report.

He said the report had been forwarded to President Muhammadu Buhari for further action.