Buhari to teach world leaders how to manage economy during pandemic 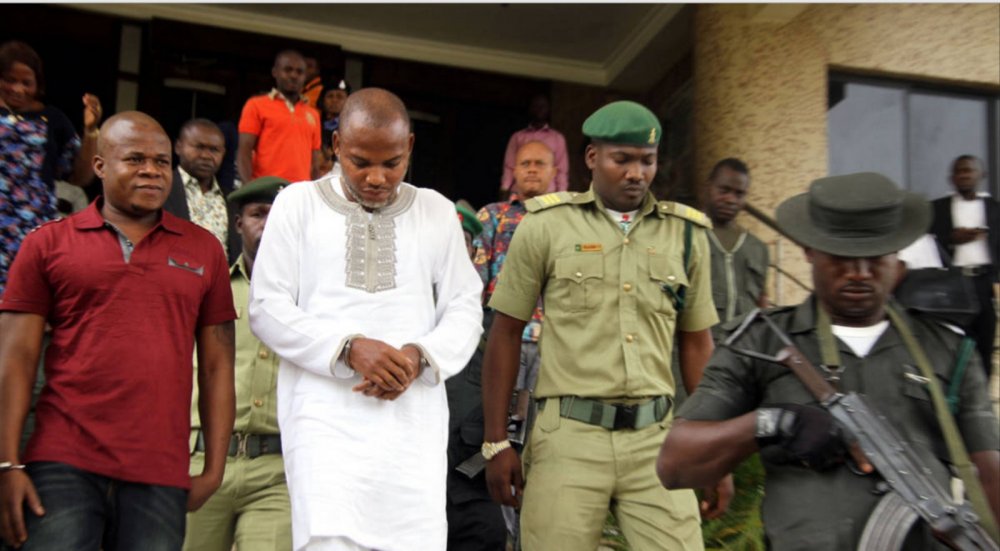 
Great Britain has queries Buhari’s administration to explain where and how its citizen, Nnamdi Kanu, leader of the Indigenous People of Biafra was kidnapped.

This diplomatic query followed the statement by Kanu’s lawyer that the IPOB leader was detained and mistreated in Kenya before being sent back to Nigeria.

TopNaija recalls that Kanu holds dual citizenship of both Nigeria and Britain.

“We are seeking clarification from the Nigerian government about the circumstances of the arrest and detention of Nnamdi Kanu,” said Tariq Ahmad, a junior minister at Britain’s Foreign Office.

Nnamdi Kanu was said to be travelling on UK passport when he was abducted in Kenya and tortured for eight days. And then handed over to Nigerian agents, who flew him to Abuja.

Before his re-arrest, he was on the run outside Nigeria for four years until he was bundled to Abuja on 27 June. He was brought to court in Abuja on June 29 for the resumption of his trial for treason. The trial will begin on 26 July.

The Nigerian authorities have refused to say where Kanu was arrested, while Kenya’s ambassador to Nigeria has denied his country was involved.

Responding to a question about Kanu’s case from a lawmaker, Ahmad said Britain had requested consular access to Kanu and stood ready to provide consular assistance.

Nnamdi Kanu’s lawyer, Ifeanyi Ejiofor, alleged he was abducted by Kenya’s special police force and held for eight days before being turned over to Nigerian authorities.

Nnamdi Kanu faces 11 charges including treason, terrorism and illegal possession of firearms. His case is due to resume in court in Abuja next week.

IPOB wants a swathe of the southeast to split from Nigeria. The region attempted to secede in 1967 under the name Republic of Biafra, triggering a three-year civil war in which more than a million people died, mostly from starvation.

The Biafran enclave was reabsorbed into Nigeria after the war, but despite an official “no victor no vanquished” policy adopted at the time, discontent has continued to simmer in the region.

Related Topics:Nnamdi Kanu
Up Next