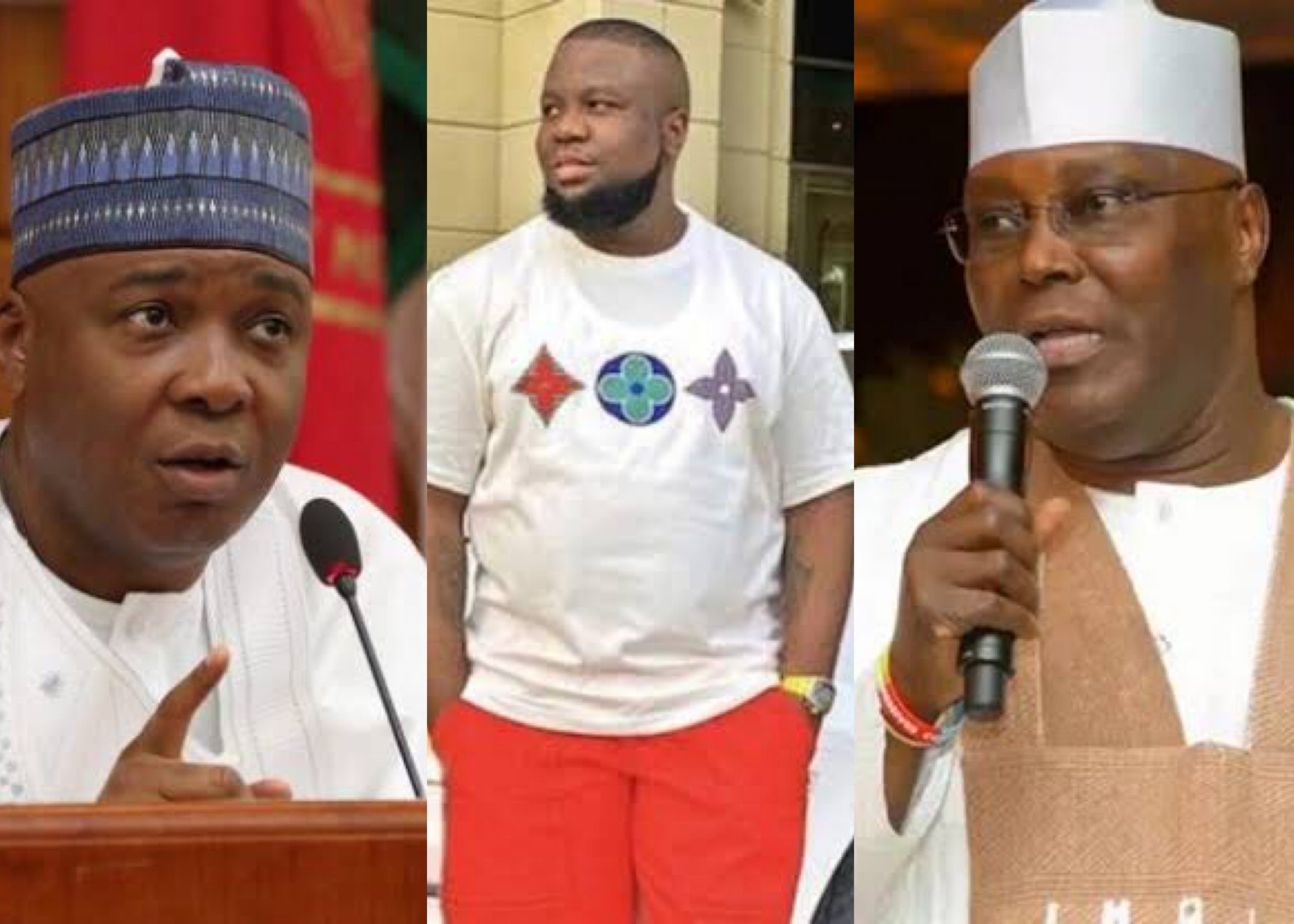 On Saturday, the All Progressives Congress, former Vice-President Atiku Abubakar and the immediate past Senate President, Dr Bukola Saraki, clashed heavily over calls by the APC for anti-graft agencies to probe reports linking Hushpuppi to ranking members of the opposition Peoples Democratic Party.

In a statement titled ‘Criminal conspiracy linking Hushpuppi with PDP leadership should be investigated,’ signed by its Deputy National Publicity Secretary, Yekini Nabena, in Abuja, on Saturday, the APC said the opposition PDP turned Dubai into a hub for its “strategic meetings” ahead of the 2019 general elections.

It also said the party’s leaders including Atiku, Saraki, the former Speaker, House of Representatives, Yakubu Dogara, and Senator Dino Melaye, took photographs with the suspect.

Nabena’s statement read in part, “Reports of the criminal conspiracy linking the top echelon of the opposition Peoples Democratic Party with Ramon Olorunwa Abbas also known as ‘Ray Hushpuppi’ who was recently arrested along with associate(s) in Dubai, United Arab Emirates and extradited to the United States of America to face trial over cyber-enabled fraud and Business Email Compromise schemes should be a matter of serious interest to relevant authorities in Nigeria.

“We note that the Economic and Financial Crimes Commission has already declared the arraigned Instagram celebrity wanted over fraud allegations.”

He called on the EFCC, Nigerian Financial Intelligence Unit and other sister agencies to investigate alleged money laundering reports which he said linked some PDP leaders and the suspect.

“While relevant authorities investigate the nature of their relationship and business partnership, we also challenge the PDP leadership to do the same by opening up on the nature of the relationship, particularly the kind of services the arrested “Hushpuppi” provided them.”

But, Atiku’s Media Adviser, Paul Ibe, in a series of tweets via his verified Twitter account ‘Justice Paul Ibe’ (@omonlakiki), on Saturday, accused the APC of mischief and insensitivity to the national embarrassment the activities of persons like the suspect had caused Nigerians.

He wrote, “It is curious that the All Progressives Congress is mischievously trying to link Atiku Abubakar to the alleged fraudster, Hushpuppi, simply because he was photographed with Atiku at an event where many Nigerians were gathered.”

He added, “For the avoidance of doubt, it was a mere photo-op and not at any meeting as being ingloriously speculated. We would advise the APC and Mr Nabena to be very mindful of such senseless statements in the future, especially as the case under reference, is a subject of litigation in another country.”

In yet another tweet, he wrote, “Had they been more sensitive, they would have come to terms with the reality that the case is a national embarrassment – not something to cheer about for any political blackmail.”

Also responding, Saraki described the APC’s statement which linked him with the cyber-crime suspect as irresponsible and cheap blackmail.

Saraki, in a statement by his media adviser, Yusuph Olaniyonu, in Abuja, on Saturday, said he didn’t know the suspect and certainly had no relationship of any kind with him.

Criminal Conspiracy Linking “Hushpuppi” With PDP Leadership Should Be Investigated

Reports of the criminal conspiracy linking the top echelon of the opposition @OfficialPDPNig with Ramon Olorunwa Abbas also known as “Ray Hushpuppi” who was..

..recently arrested along with associate(s) in Dubai, United Arab Emirates and extradited to the United States of America to face trial over cyber-enabled fraud and Business Email Compromise (BEC) schemes should be a matter of serious interest to relevant authorities in Nigeria.

The statement read in part, “The statement credited to the APC, the ruling party in our country, is one of the ways by which our anti-graft agencies are weakened and why the fight against corruption in the country is often viewed with suspicion by the international community.

“This is because when these cyber-crime suspects were operating freely and openly displaying wealth, the APC saw nothing bad in their activities. Also, the party, at that time, did not deem it necessary to call on the anti-graft agencies to investigate their activities.

“Since the arrest of those cyber-crime suspects and the subsequent damage to the image and the economy of Nigeria as well as the crisis it created for Nigerians engaged in lawful business across the world, the ruling party had been muted (sic).

“The only time the APC deemed it necessary to make a statement was when it thought it should play dirty, cheap and irresponsible politics.”

The statement said Saraki was the only political leader who had publicly made a statement through an opinion article in a national newspaper, titled ‘Cyber Criminals: Confronting the few who dent many.’

The statement added, “In that article, he strongly condemned the activities of these cyber criminals and called on the law enforcement agencies and other stakeholders to make decisive interventions to checkmate their activities.

“He has also got a research institution, the Politeia Institute, whose board he chairs to commence research on the best ways to tackle the menace. Such a noble intervention in tackling a menace is what Dr Saraki believes in, not mudslinging and playing politics at the expense of the nation’s image.

“At this point, we call on the APC leadership to rein in on the so-called Yekini Nabena and compel him to desist from making and circulating such malicious, odious and offensive claims.”

Why physical distancing is impossible on flights – Nigeria’s aviation minister