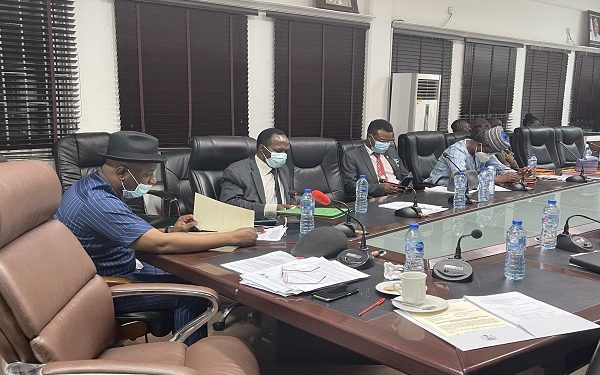 Uyilawa Okhuaihesuyi, President of the association, has confirmed that the Nigerian Association of Resident Doctors (NARD) has suspended its strike which commenced on April 1, 2021

On Saturday, Uyilaka said the suspension was based on some good comebacks from the negotiations with the government.

He, however, gave the government four weeks ultimatum to meet their sundry demands.

He said: “The strike has been suspended. The government gave us some good comebacks from our negotiations.

“We had an emergency National Executive Council (NEC) meeting an hour ago, and we decided to suspend the strike for four weeks.”

The decision to suspend the strike comes after the signing of a new agreement with the federal government, concerning issues raised in NARD’s 13-point demand.

At a meeting that lasted hours and stretched into the late hours of Friday, the federal government had promised to address the issues raised by the doctors, including salary arrears and owed allowances.

Chris Ngige, minister of labour and employment, had said on Saturday in Abuja that a Memorandum of Agreement (MoA) was signed after a conciliatory meeting between representatives of the federal government and those of NARD.

Speaking with journalists after the meeting, Ngige said the federal government has set up a committee to look into the issue of irregular payment, adding that the panel will revert within the next 72 hours.

“A five-man committee has been set up, comprising of the government agencies concerned — federal ministry of health chairing — representatives of the Medical and Dental Council of Nigeria, accountant-general’s office, NMA, Nigerian Association of Resident Doctors, and the chairman of the committee of CMDs,” the minister said.

“They’re to work and smoothen rough edges as those affected in the irregularities we mentioned, which is the issue of double payments in some cases. So, they have to manage the situation and regularise. There are issues of some still omitted.

“We gave them 72 hours to meet from tomorrow and give us a clean, authenticated list so that even in the subsequent months, we won’t have all these hiccups anymore.”