Bobrisky Reveals That He Has Cut Off His P*nis!
Advertisement 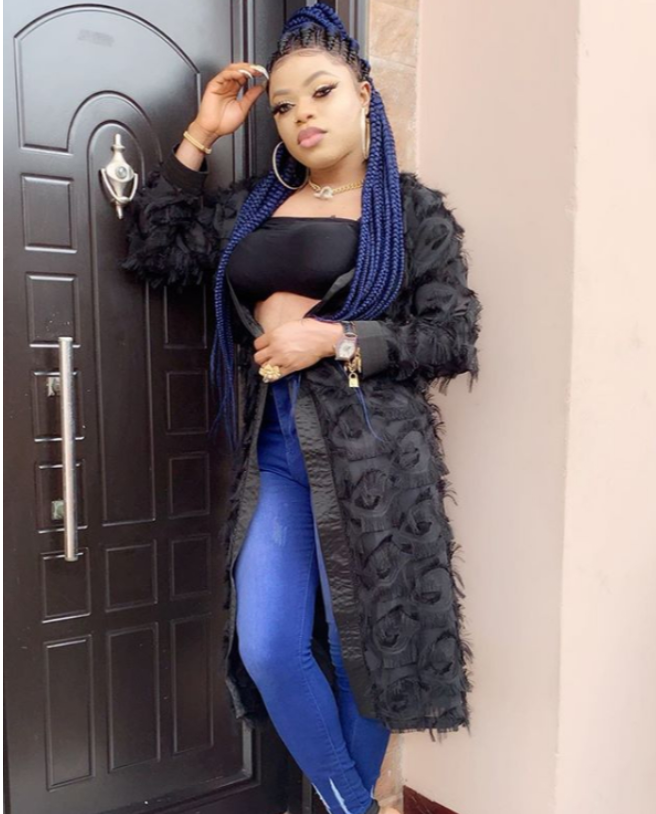 Our favourite cross-dresser, controversialist and Nigeria’s No 1 barbie, Bobrisky might just be on the good old way to be a full woman!

We have reached this conclusion after Bob took to Instagram claiming that his “Gbola”  (which he referred to as his penis) had been cut off. While replying to a commenter on his post, he claimed that a fine girl like him didn’t need a “Gbola”.

“For those guys that don’t believe my Gbola has been cut, let meet us at oriental hotel for good sex, let me serve you my new pussy. Don’t worry, no condom because I can’t get pregnant which makes it even more interesting”

Proudly announcing his new “pussy”, he even gives an open invite to all the doubting thomases to have a taste of his new genitalia!

It should be noted that Bob’s crotch area has been looking quite slim in recent pictures.

This is coming after Bobrisky slams social media users for referring to him as “Bro”, proudly claiming that he’s a beautiful woman.

The tongue lash came as a result of social media users commenting on his posts, adding “bro” indicating that they still refer to him as a man.

What do you think about this? Leave a comment below!

Rita Ora Purchases Mansion In Kosovo For Her Parents