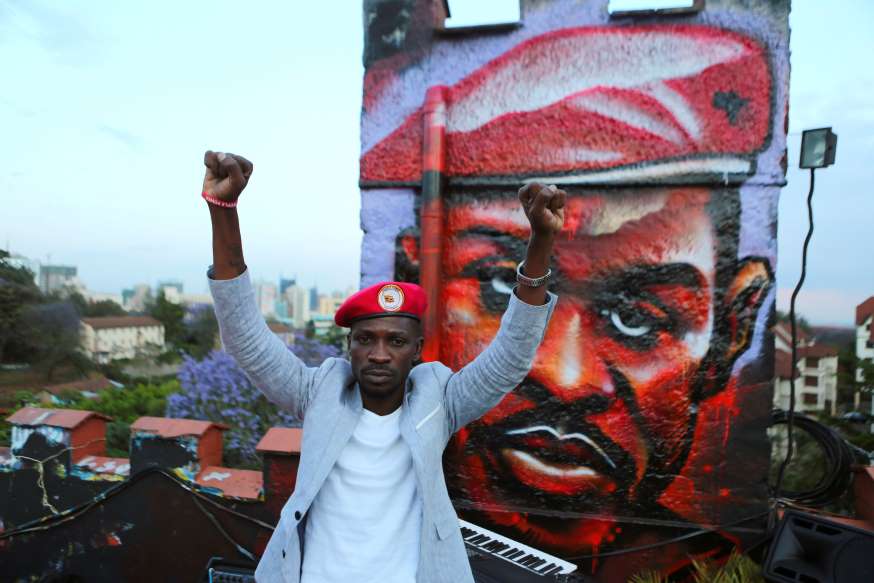 Ugandan pop star and opposition politician known as Bobi Wine was remanded to a maximum-security prison on Monday after being charged over his role in a street protest last year against a tax on social media, TOPNAIJA.NG reports.

Wine, whose real name is Kyagulanyi Ssentamu, and others led an anti-government protest in the capital, Kampala, in July 2018 without the police’s prior authorization, Ugandan police spokesman Fred Enanga told The Associated Press.

Wine, 37, appeared in a magistrate’s court wearing his trademark red beret, the symbol of his movement against the long rule of President Yoweri Museveni, who has been in power since 1986. Wine will return to court on May 2, the earliest he can be freed on bail.

As Wine boarded a prison service van, his supporters chanted the slogan he has popularized: “People power!”

The popular singer has emerged as a powerful opponent to Museveni. Wine is urging Uganda’s youth to take over leadership of this East African country and has hinted he may run for the presidency in 2021.

He has had several rough encounters with the security forces, including being detained briefly inside his own home on the outskirts of Kampala last week by police who said they wanted to protect public order.