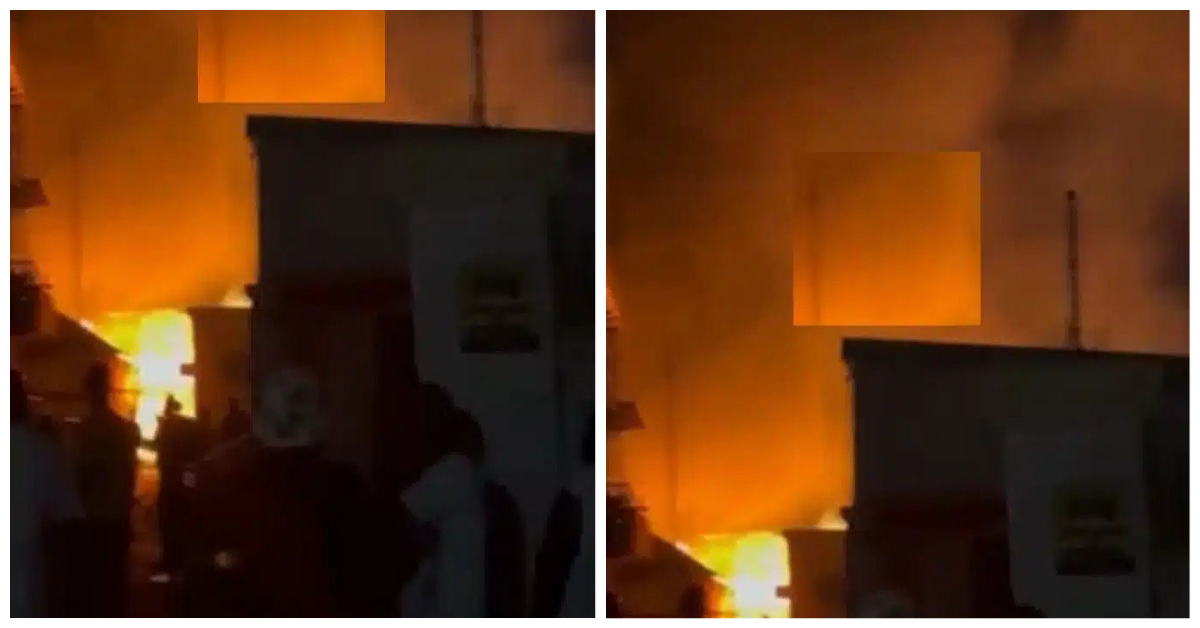 A birthday celebrant, with his gang, reportedly burned down a bar and hotel in Edo State while having a carefree celebration.

The crisis was said to have erupted when the celebrant, with his friends, began spraying inflammable substances and toying with fire in a bush beside a hotel in Sapele.

According to an eyewitness, fortunately, no life was lost at the scene of the incident except for the loss of the hotel’s property and its bar which was caught in the ‘fire action’

Onlookers stared helplessly as the fire consumed the hotel to the ground.

Swipe to watch the video below …

Meanwhile, Davido’s daughter, Imade Adeleke has made a wish in celebration of her father’s 30th birthday today, November 21st, 2022.

Despite taken a break from social media to mourn the death of his first son, Ifeanyi Adeleke, fans and well-wishers celebrate the music icon’s birthday on all media platforms.

Celebrating her father, 7-year-old Imade took to the image-sharing platform, Instagram, to share a family photo of herself with the singer and his other two kids, including the late Ifeanyi Adeleke.

Sharing the photo, Sophia’s daughter celebrated the singer while wishing him abundant joy, love, and peace for his birthday.

Related Topics:birthdayHotel burns
Up Next